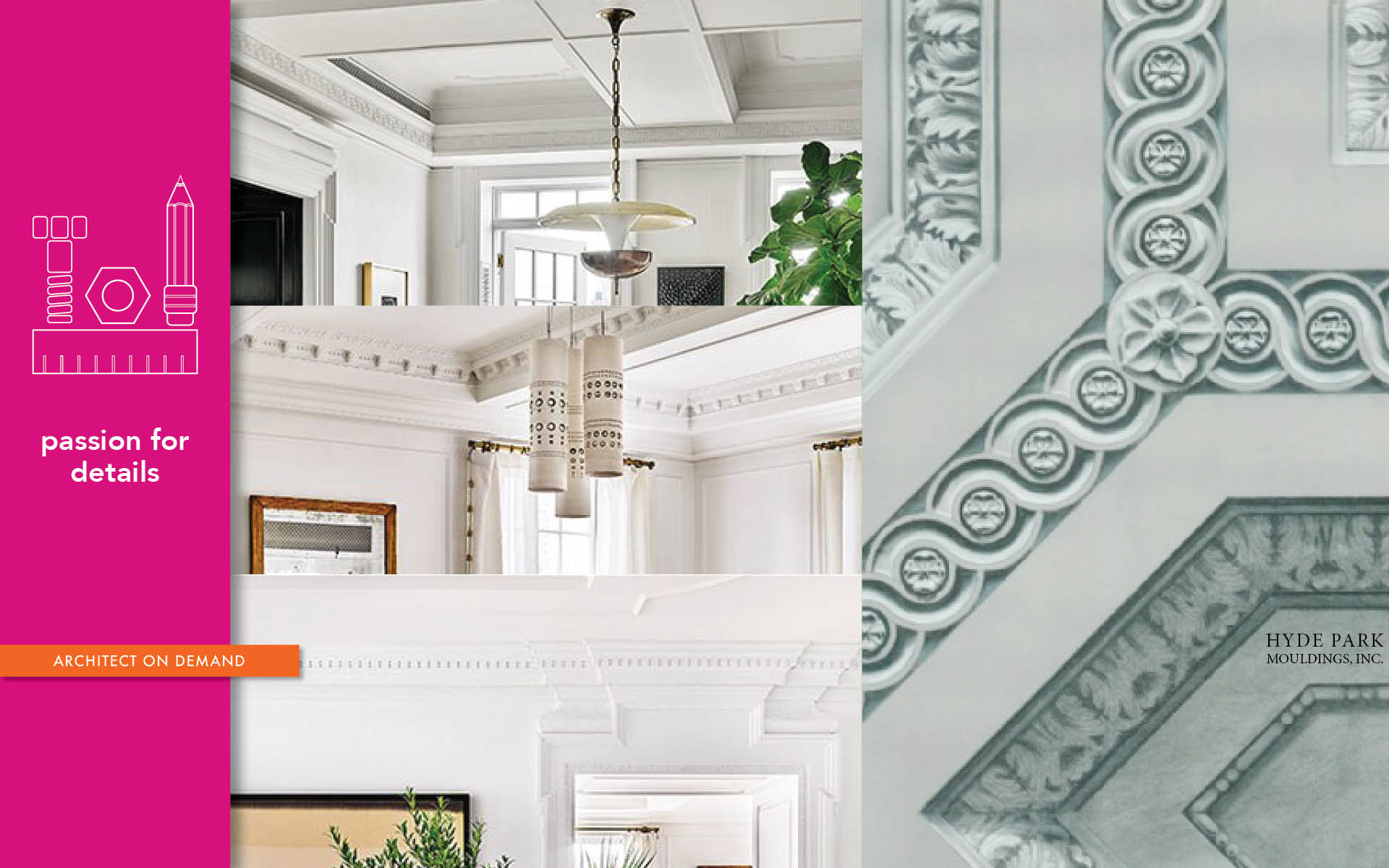 Cornice molding (AKA crown molding) is a decorative trim and a topmost element that marks a transition between wall and ceiling. Parts of it are placed against both horizontal and vertical surfaces. Most of the time it’s purely ornamental; however it can also function as an intriguing light cove.

So, besides infusing a room with drama, it can form a light cove by concealing a perimeter fixture. 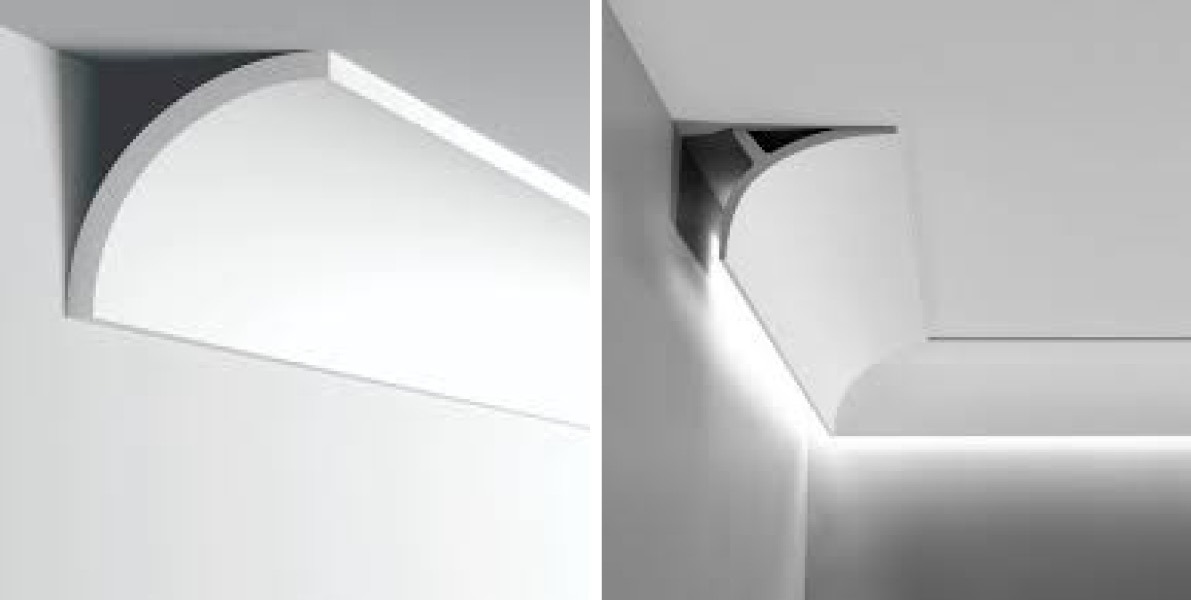 When viewed from the molding’s end (or as a cross-section), the molding, the ceiling, and the wall form a “hollow” triangle. Pulling the molding away from the wall creates a cavity ideal for hiding a source of light.

OK! A shimmering, floating cornice molding. Sounds good. Now I need to determine its scale, appropriate for a room with a 9-foot ceiling. The general rule of thumb, is that the higher the ceiling, the thicker the profile. Since the space I am working with has a lot going on already, the additional embellishment should be quite understated, not to feel overdone or overpowering.

For this particular application, my client prefers a molding cast out of plaster; he’s dealt with Hyde Park Mouldings in the past and wants me to see if they can be of service. Indeed, they are very helpful. They’ve assured me that many of their standard profiles can be adapted to create a light cove. I settle on the one that comes down 5 ¼” from the ceiling and goes out 9” from the wall. 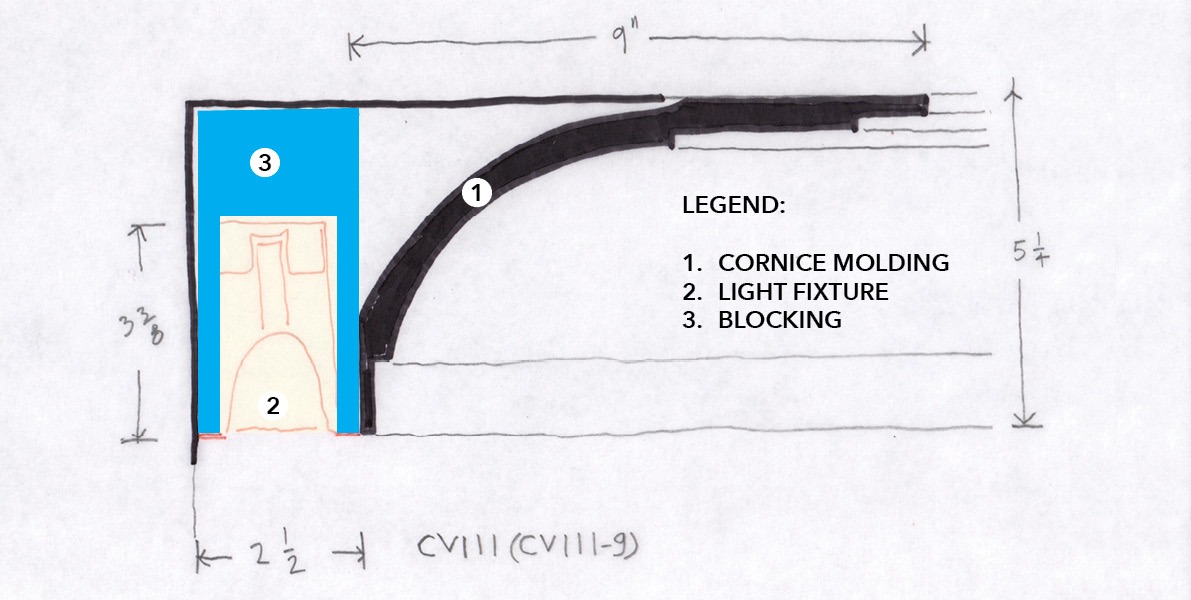 Next step is to select and specify a light source as slender as possible. It has to blend in seamlessly. We are leaning toward SLOTLIGHT LED II by Zumtobel. It’s a slim 1 ½” x 3 3/8” recessed fixture that provides a uniform line of light with consistent color.

Fastening cornice molding away from the wall can be accomplished with blocking.

Construction adhesives and expert installers will be necessary as well. The gap between wall and molding will appear as a shadow line or reveal when the light is switched off. When on, our elegant cornice molding will function as a wall-washing light cove shimmering softly along the entire perimeter of the room.