A DIY Ally client hired me to help with a layout of a master bedroom/bathroom suite. She listed the “must haves,” sent photos of the current conditions, and shared that it’s their second home soon to be their only home in a rural area of Texas. Based on the information provided, it appeared that they would enter the new space through their existing laundry room! A big mistake, in my opinion. The addition’s outside dimensions were set in stone, a 20’x20’ square.

She included a rough sketch of the present-day and proposed arrangement (as seen below with color-coding added by me for clarity). Her drawing and her subsequent thinking about the space did not account for wall thicknesses, which can be quite misleading. 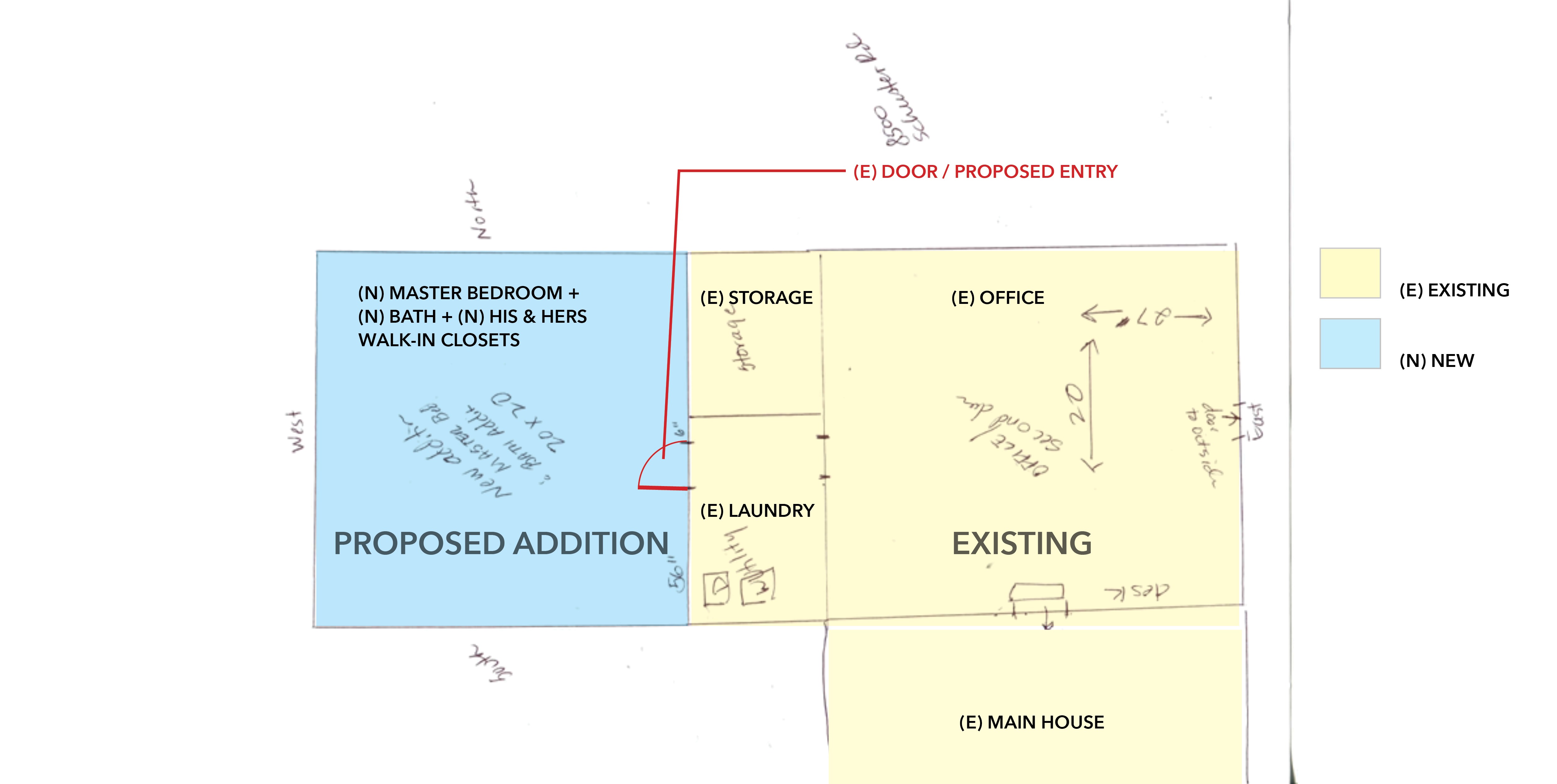 Furthermore, a separate document outlined the program for their master bedroom & bathroom:

A long list… I attempted to incorporate all of her requirements and found it quite difficult. 20’x20’ is roughly a two-car garage. Well, she did say that they were open to ideas. As such, I proposed a layout below. I left the west wall solid, but was hoping to introduce a way to enter the space there upon her approval. 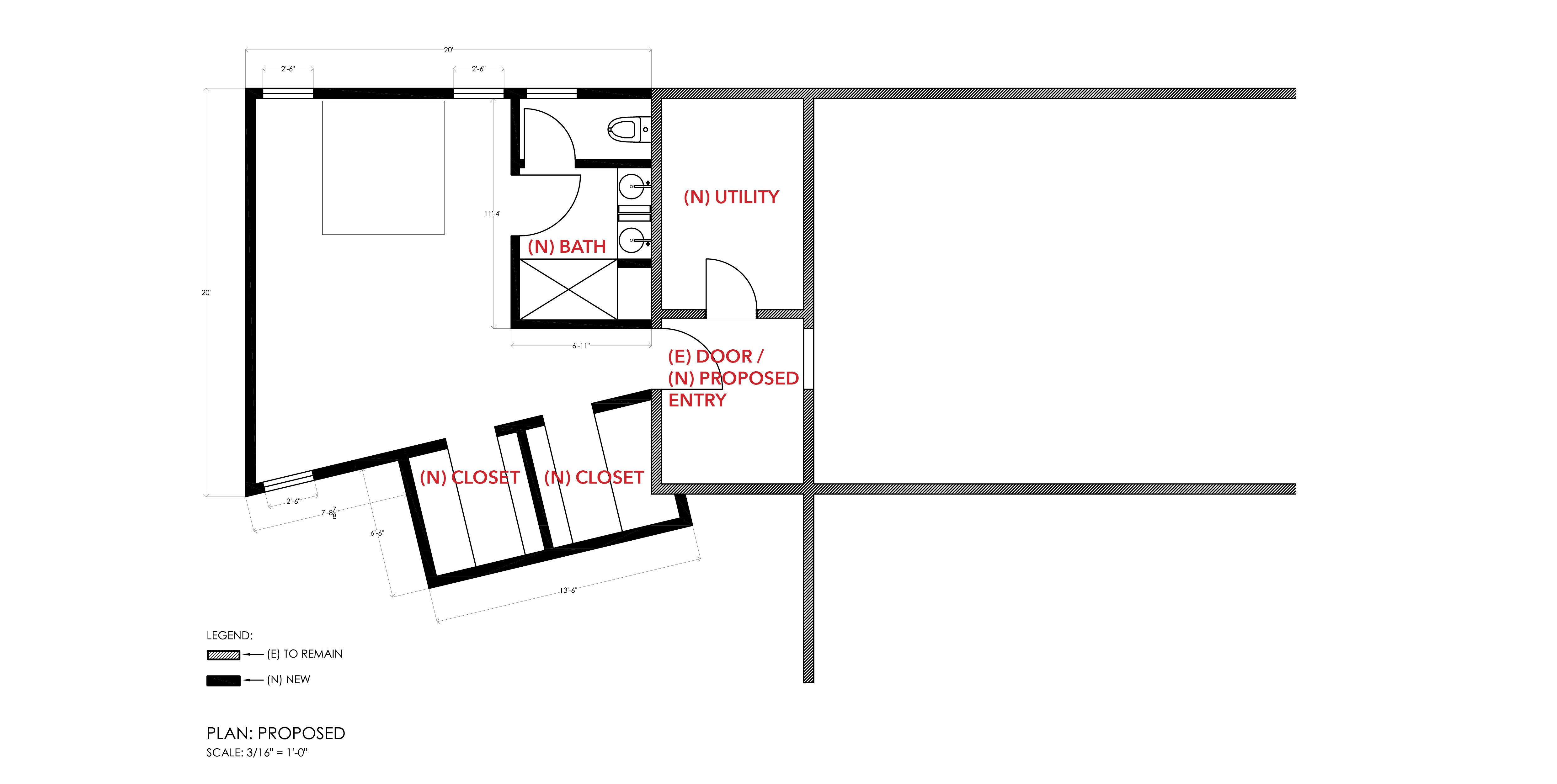 Her reaction was not favorable. She wrote: “I have to say I am very disappointed. I was quite clear that the room was to be 20×20 as per the attachments I sent you stating that. Not sure how you got such a weird layout with the closets off at an angle which will create a lot of extra expense for the roofline. To me you could take the bathroom and put it on the far wall with shower next to north wall and the rest of the space towards the south wall one walk in closet because you have the complete far wall to work with.” 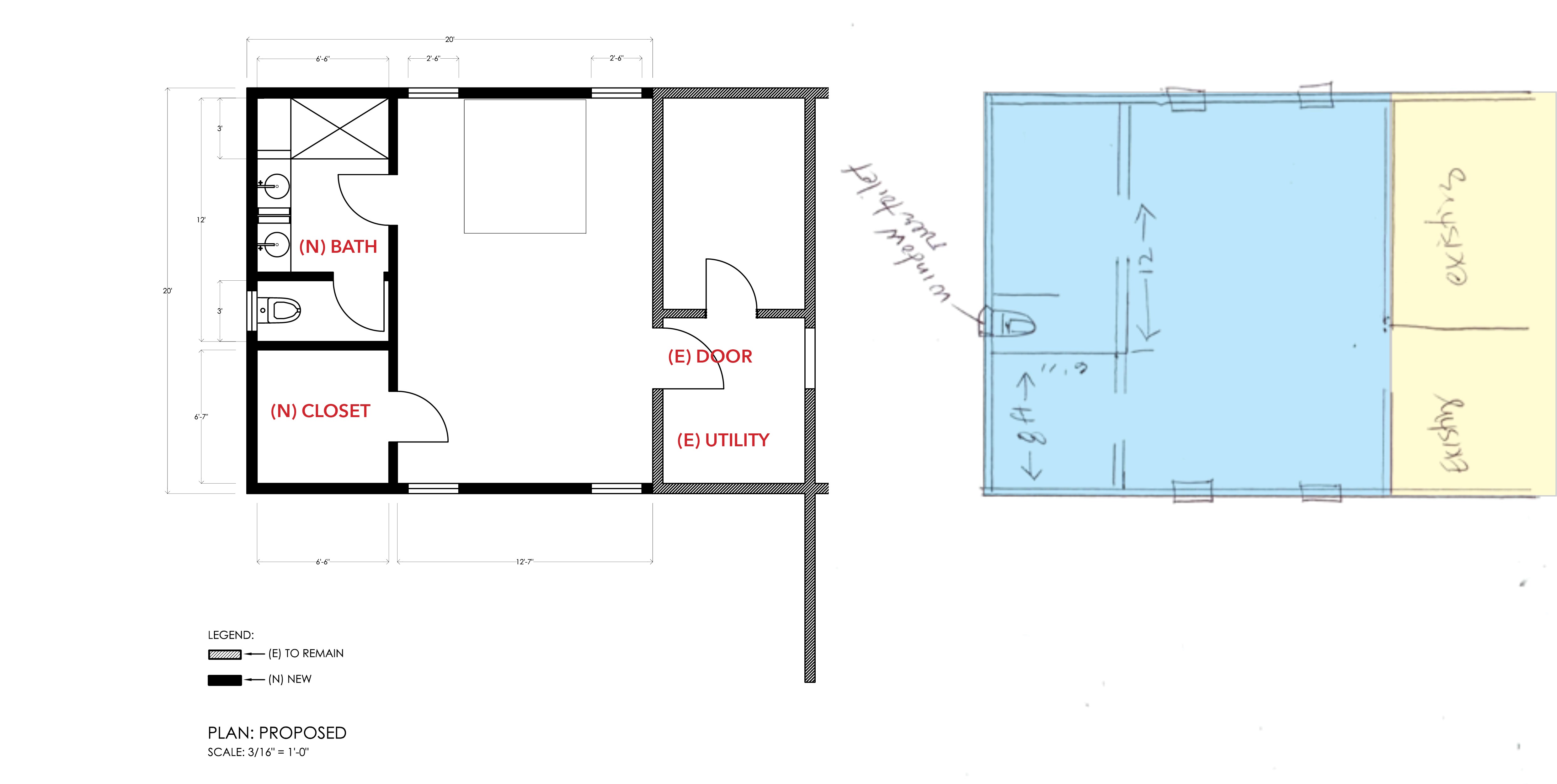 Hmm… I asked her to send a sketch of what she means. It left me discouraged; placing solid or servant spaces, such as bathroom and closets, on the perimeter is what I was trying to avoid. I wanted to keep that wall (the west or “far wall”) unencumbered, hoping to talk the client into designing an alternative arrival point on that wall. She did call it a master bedroom/bathroom “retreat,” after all. Why would she choose to enter it through a dungy utility room?

Our experience of a space is strongly influenced by how we enter it.

Her response to my question was as follows: “Our goal was to just have a separate space from the rest of the house when family is up with grandkids. Can get noisy (which is fine) but when we want peace and quiet this will give us the separation we need. Thank you for asking.”

So, it’s a camouflaged hideout, a bunker. But squeezing two walk-in closets, a bathroom with his and hers sinks, a bench in the shower, and everything else was simply unrealistic. In the end, I just added wall thickness to her layout.

I did not want to argue. This clearly works for her. In my opinion, however, her thinking is flawed. She is concerned with amenities but not with the quality of the built environment.

As an architect, I would’ve edited the “must haves” and focused on creating a deeply personal space. 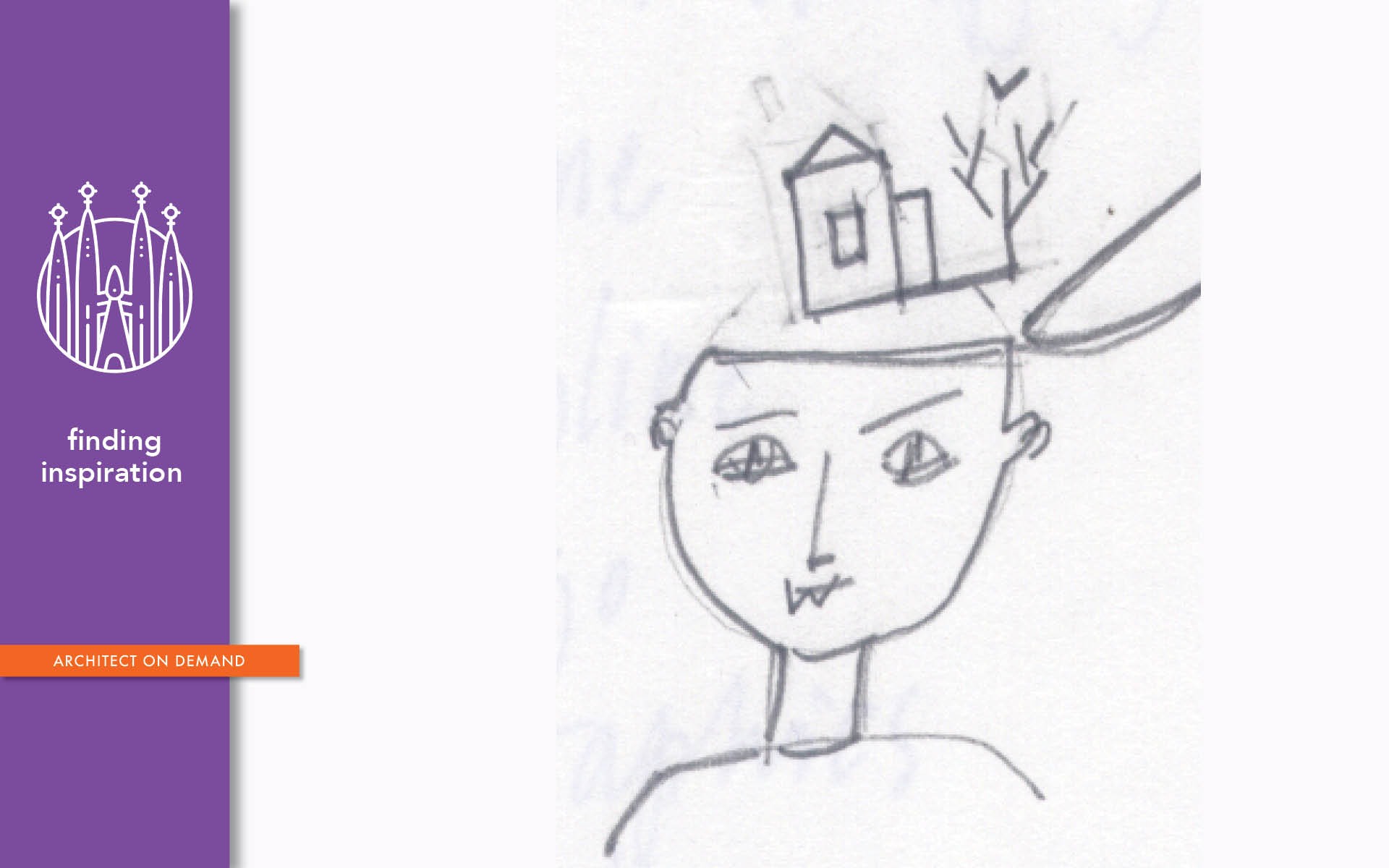