An Architectural Setting Enhances the Experience

I spent last ten days in NY, working on the Hamptons’ project mostly. Thankfully, there was a window of time to enjoy the city and explore a couple of current exhibitions. Giacometti at the Guggenheim. “Heavenly Bodies: Fashion and The Catholic Imagination” at The Met Cloisters. I picked these two because of their architectural setting. For me, experiencing how the buildings complemented the shows was just as relevant.

Of course, both of my daughters accompanied me, which made the encounter even more enjoyable. The Guggenheim was sheer magnificence. We went to the top, as Frank Lloyd Wright envisioned every visitor would do. Taking the elevator, we talked about the architectural setting and the difficulties the architect encountered with the project. The conversation continued as we ascended the tilted ramp. It was obvious to all three of us that the perception of the art on view was enhanced by the enclosure. The building acted as an engaged participant. 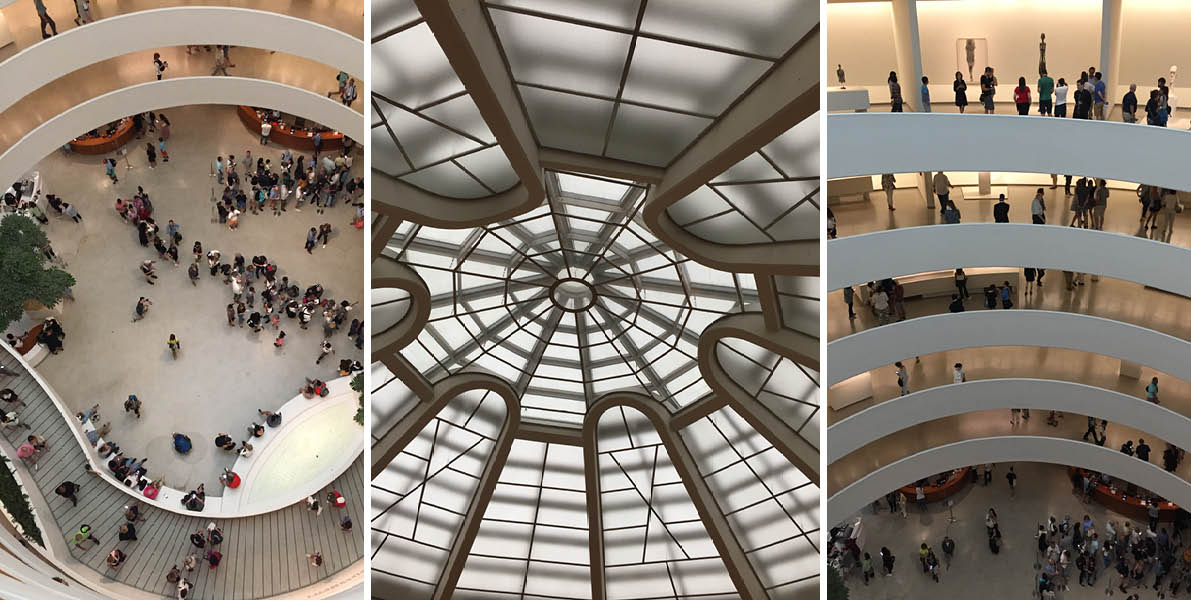 Similarly, that was the case with the Met Cloisters. The museum and gardens designed for the display of sculpture, stained glass, tapestries, and illuminated manuscripts from 12th to 15th centuries embraced the exhibition titled “Heavenly Bodies: Fashion and The Catholic Imagination.” 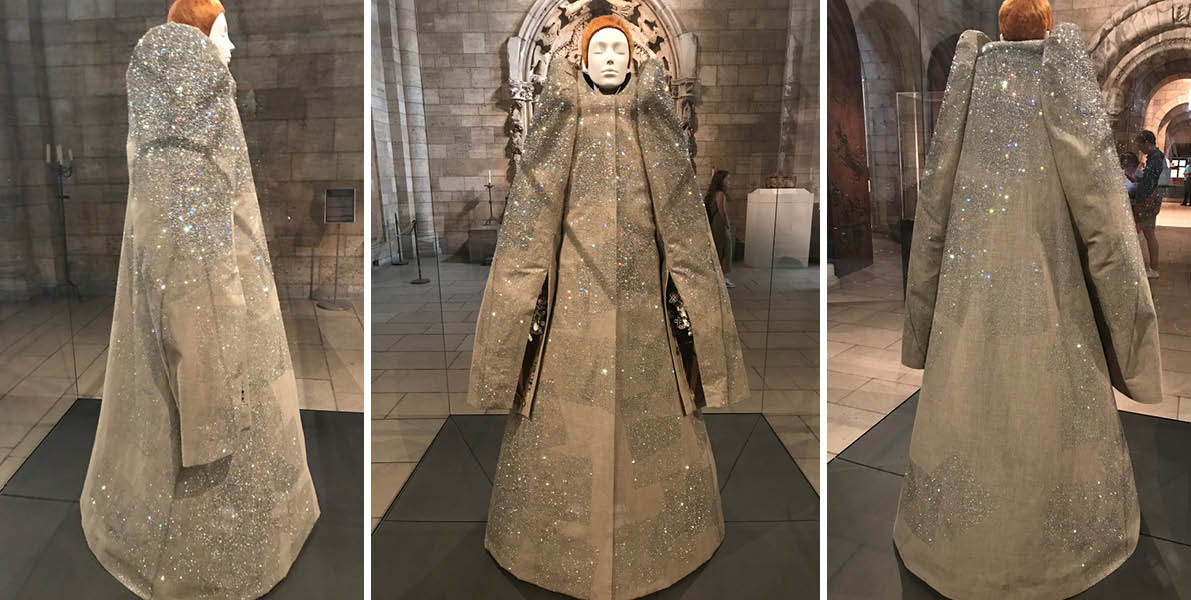 Thus, intended to evoke a sense of medieval European ascetic life, the Cloisters is an ideal context for the fashions inspired by Catholic monastic orders. Strolling through the courtyards, in and out of Romanesque and early Gothic chapels and halls is quite enchanting.

The religious artwork and architectural setting correlating, intertwining with costumes of the twentieth and twenty-first centuries. Buttressing.

The picturesque spaces in the style of medieval monasteries and abbeys are in dialog with fashion, together embodying “the imaginative traditions of Catholicism.” The architecture participates; it tells its own side of the story. According to the chief curator Andrew Bolton, “these spaces provide the conceptual framework.” 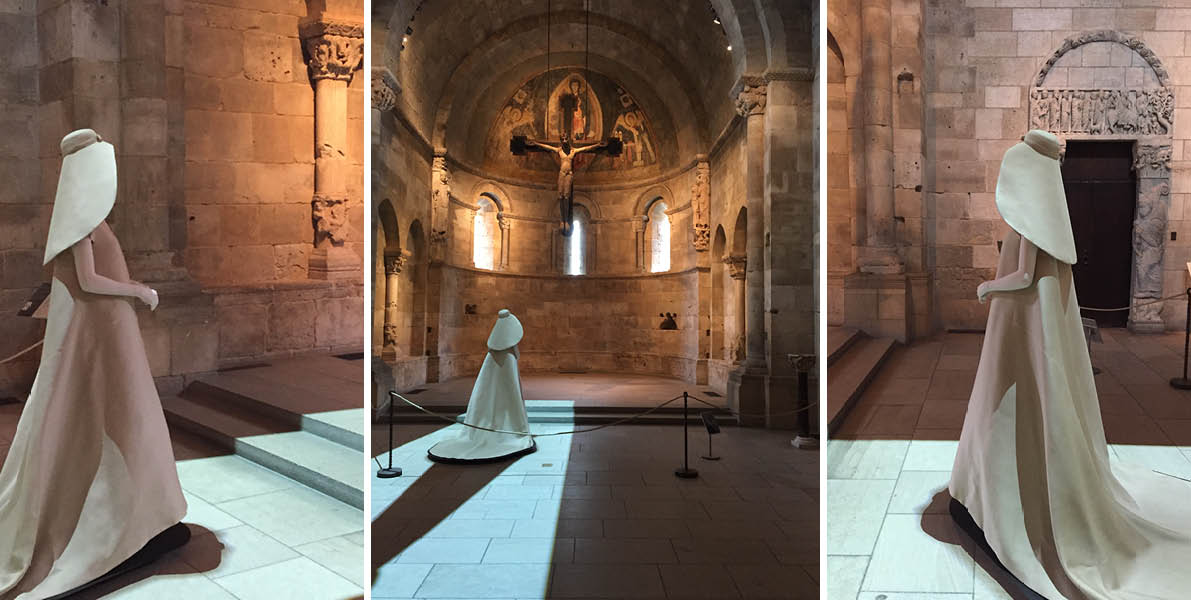 A wedding ensemble from the House of Balenciaga, 1967

Minimalist purity. Restraint. Simplicity. Beauty has nothing to do with an applied decoration. A Cristobal Balenciaga 1967 gown made of silk has only three seams. An architectonic hood in place of a veil. The fashion ensemble feels as a natural extension of Fuentidueña Chapel with the 12th-century apse from the church of San Martin at Fuentidueña, Spain. The space completes the metaphor spotlighting the garments on view.

The Wall Street Journal article by Laura Jacobs states: “…it feels unforced, airy, as if the Met’s art and architecture were enjoying a visitation from kindred spirits.” How inspiring! An architectural setting does enhance the experience.