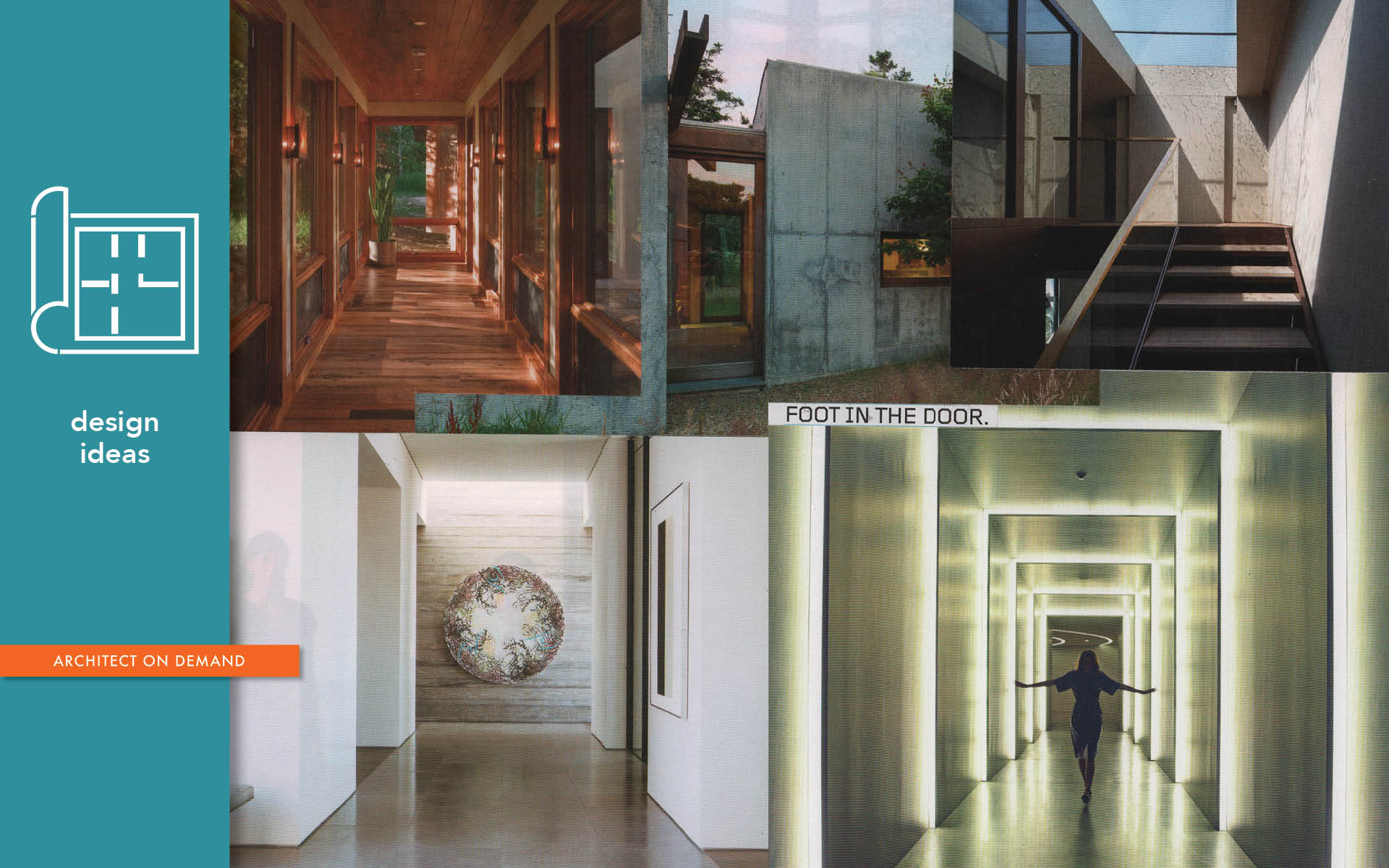 I call myself DIY Ally because I help DIYers with their building projects online. I get a lot of questions about simplifying circulation, a way people move through spaces and rooms. Last month, I received a contact request from Trinidad asking for advice on a “residential concept” that had major circulation issues.

I was informed that the home will be built out of concrete and will need to be done according to the Government Town and Country planning guidelines with pre-determined setbacks. This particular DIY Ally client admitted to “having difficulties in conceptualizing the room spaces upstairs.”

He attached a CAD drawing that was created with a help of a draftsperson hired to draw up his ideas. He informed me: “The perimeter of the home will not change and the toilets need to remain on the perimeter walls for plumbing purposes. Caribbean houses typically use this design.”

He was looking to re-configure the layout for various rooms on the upper floor. He wrote: “I have been married for 3 years and have one two-year-old daughter with plans for one more child in the near future. I am thinking ahead by doing self-contained rooms so as the kids mature they have all ‘the creature comforts’ at their fingertips. However the space is limited (Gov’t regulations on width etc.) so I really appreciate your expertise in configuring the space more efficiently.”

As DIY Ally, my goal was to help him maximize the available space, in order to have the best possible outcome — size + functionality for each room. That’s a perfect kind of project to tackle online.

The minute I looked at his layout, I knew he needed help with circulation. He created a long meandering hallway in order to connect all of the rooms.

DIY Ally advice: bloated circulation is one mistake you should avoid at any cost

I told him that it would take 2 hours to fix. One hour for me to sketch out alternative solutions and then another hour of back-and-forth of explanation (discussion).

Below, please see the existing layout of the second floor in black (green lines represent the ghost of the ground floor plan). Existing circulation, bathrooms, and closets are highlighted by DIY Ally. 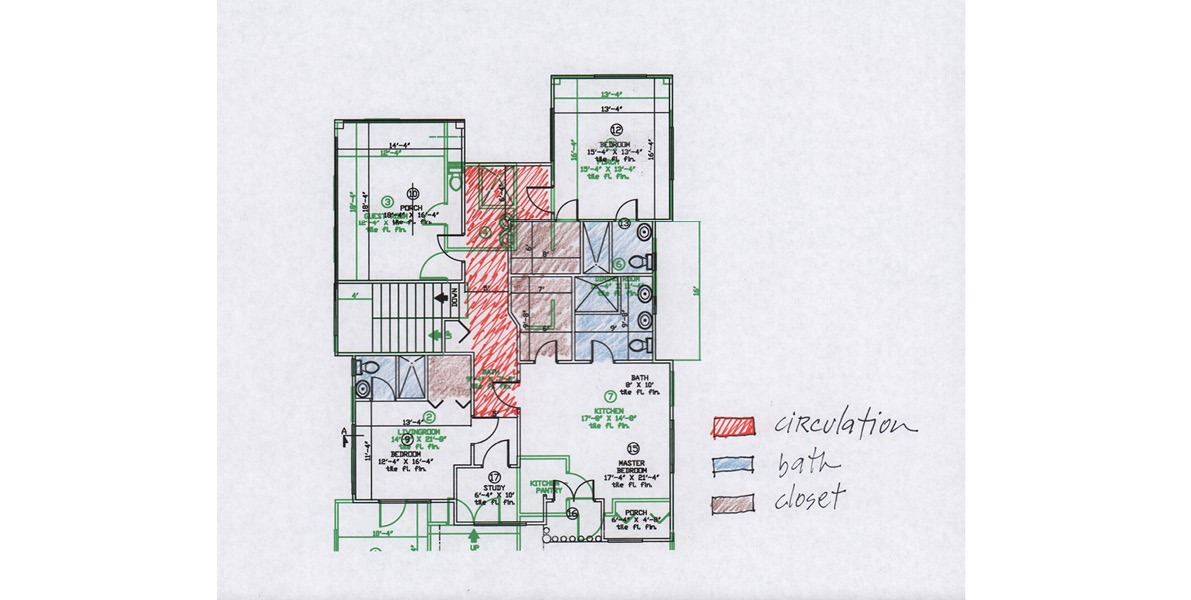 As you can see, the hallway eats up too much space. Reducing extra circulation is not complicated. It might be just a matter of re-thinking the placement of doors. Originally, he extended the hallway to the perimeter in order to gain access to natural light. When we talked on the phone, I explained the concept of clearstory widows to him.

Below, take a look at how DIY Ally reduced the hallway area by more than 50% and increased the sizes of all of the bathrooms. It was accomplished by: 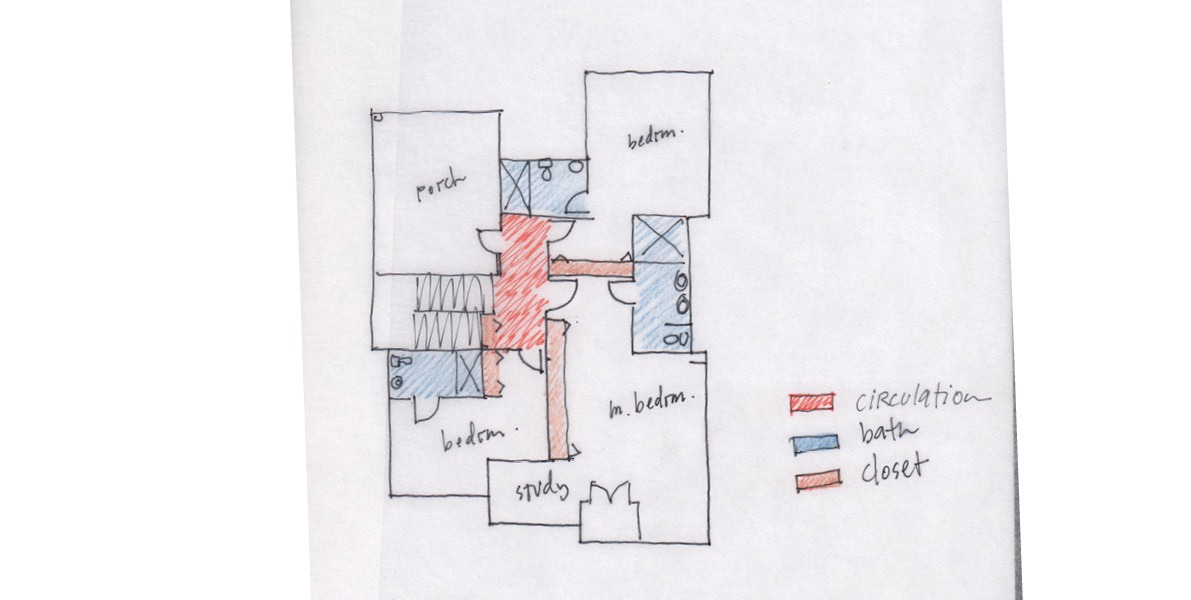 My client was quite pleased; he appreciated all of the proposed revisions with one exception. He said that his wife was set on a walk-in closet. No problem. In fact, DIY Ally in me can’t stop thinking about the project even after the consultation is completed. In response, I emailed an alternative layout below. You see, it’s just a matter of rearranging door locations! And what about you? What do you think? I would love to see how you are dealing with circulation. Please share your success stories and dilemmas here. 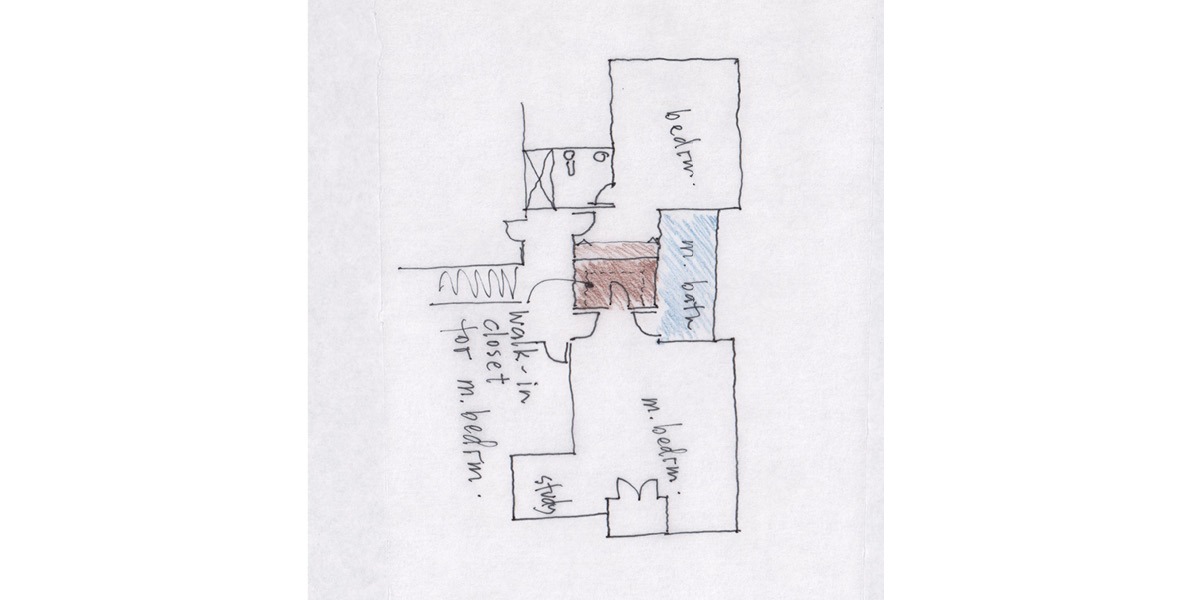