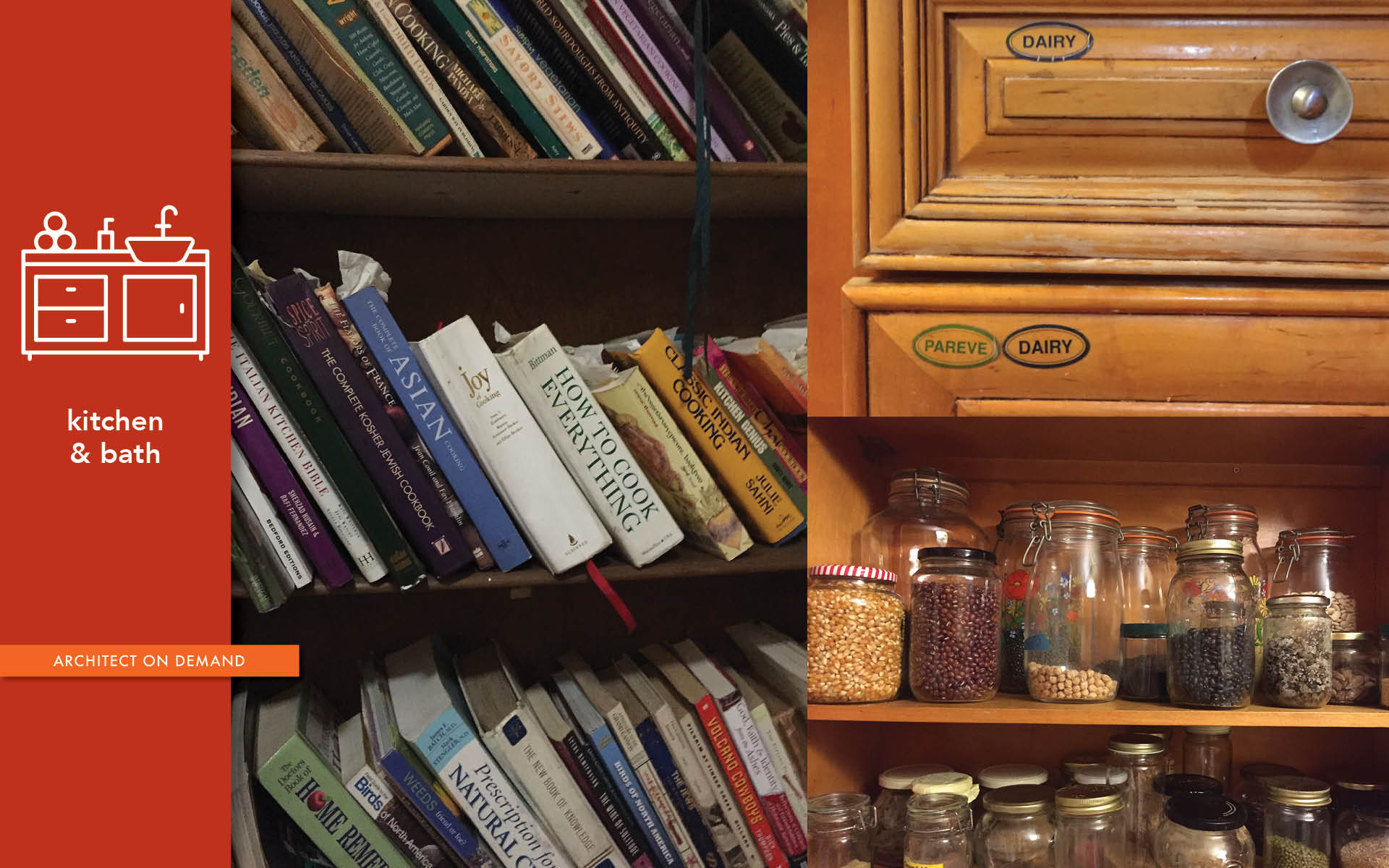 I was very fortunate to interview Mrs. Sterna Citron, the wife of our rabbi, Rabbi Chaim Citron of Los Angeles, about her kosher kitchen. Mrs. Citron approached our talk as an opportunity to teach and reflect, as she said: “It’s something I’ve done all my life. So I don’t think much about it. In order to explain it to you, I’ve had to do some thinking about it, which is good.”

However, before we could discuss the intricacies of designing a kosher kitchen, we had to define what it is. 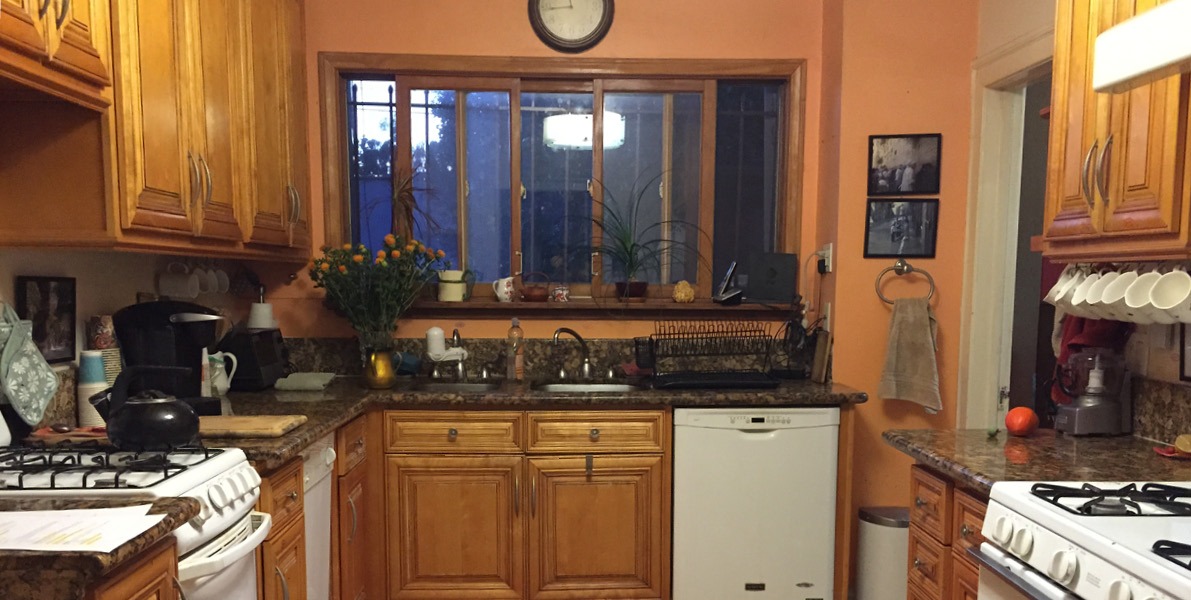 What is a kosher kitchen?

A kosher kitchen is a kitchen that contains kosher food only. (“Kosher” literally means “fit.”) Animals that chew their cud and have split hooves, such as cows, sheep, and goats are kosher. Pigs, on the other hand, don’t have split hooves and thus are not kosher. When it comes to fowl, the Torah tells us we may eat chicken, turkey, duck, and geese. Fish that have scales and fins are kosher. Fish, which do not, aren’t. Shellfish are not kosher.

Additionally, animals deemed kosher can’t just be electrocuted; they have to be slaughtered ritually. This is accomplished instantaneously with a very sharp knife free of any nicks. It insures that they do not go through any pain. Mrs. Citron added: “The Torah accounts for the pain of animals.”

When designing a kosher kitchen, there are several considerations. Here are a few of them.

In Mrs. Citron’s kosher kitchen, the meat and dairy sides are clearly separated and marked accordingly. All the dishes that are used with meat meals are stored on the “meat” side. Milk dishes, etc. are stored on the opposite side. 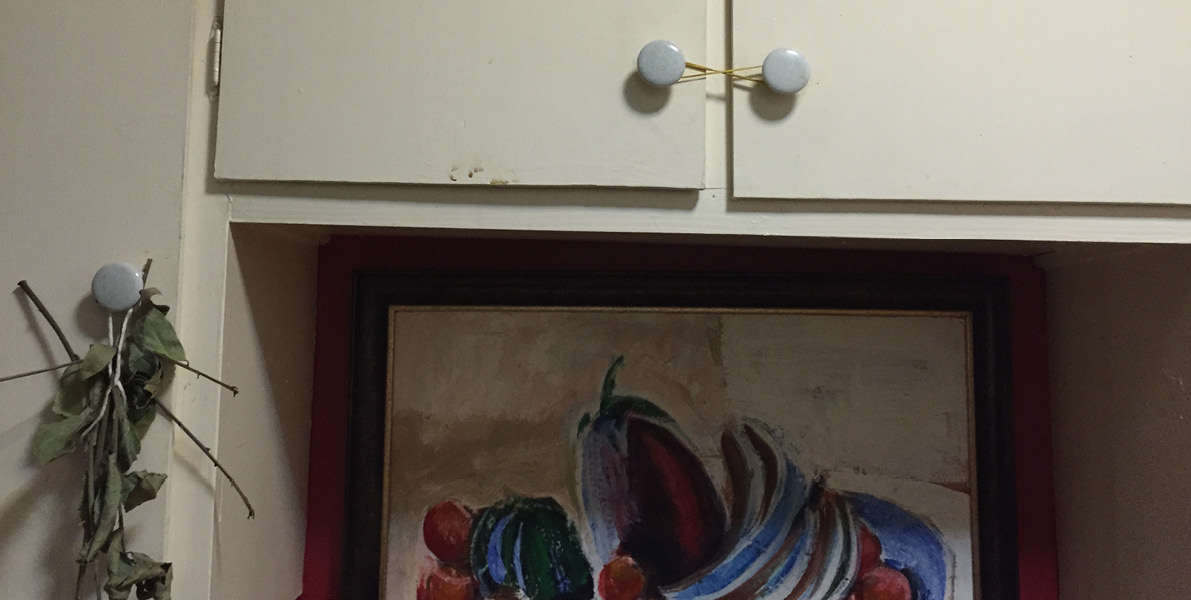 A cupboard with Passover dishes

There’s a special room for Passover dishes. Mrs. Citron told me: “We have quite a bit for Passover because my married children come from back east.” 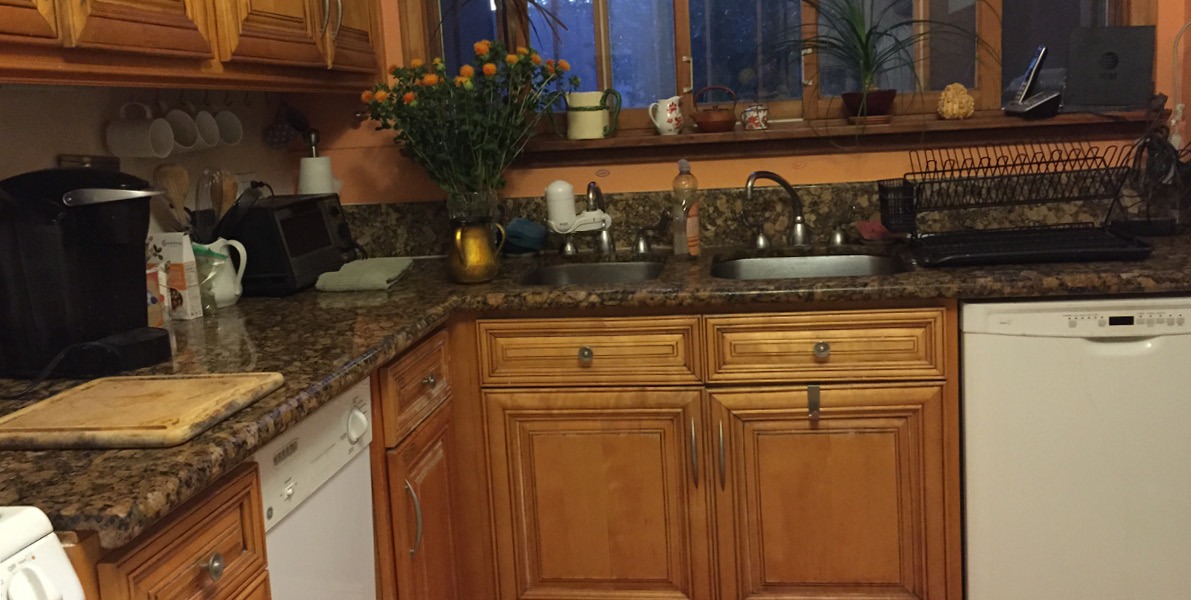 Mrs. Citron shared: “When I was growing up, we had one sink. When we had to wash our meat dishes, we put a meat rack on the bottom of the sink. For dairy dishes, we exchanged it for a dairy rack. Now people often have the luxury of two sinks. It makes life easier.” 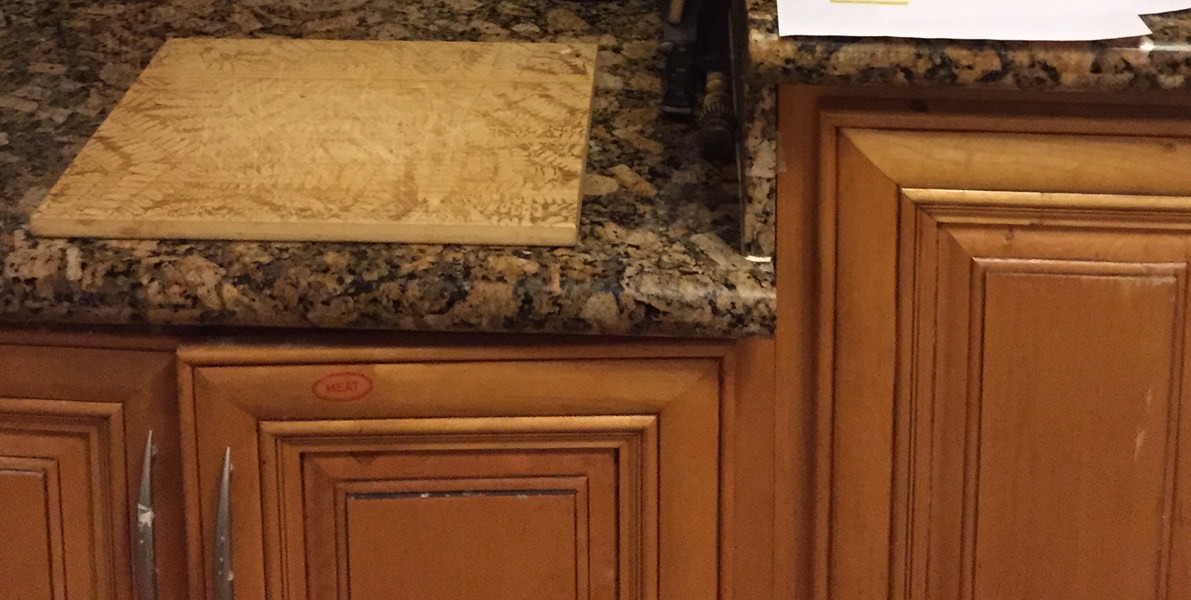 In Mrs. Citron’s kosher kitchen, there are distinct meat and dairy countertops.

In addition, there is a countertop, which is neither dairy nor meat (called pareve). Pareve is food prepared without meat, milk, or their derivatives. It can be eaten with both meat and dairy dishes and cooked in either a dairy or meat pot.

The challah (the Shabbat loaves of bread), which Mrs. Citron bakes for Shabbat is pareve. So are her mixing bowls and baking pans. Her Pareve counter is lower than the others. At “baker’s height,” it is specifically designed for the preparation of bread.

Dishwashers must also be separate. Mrs. Citron has a standard-size dishwasher for meat and a smaller one for dairy. 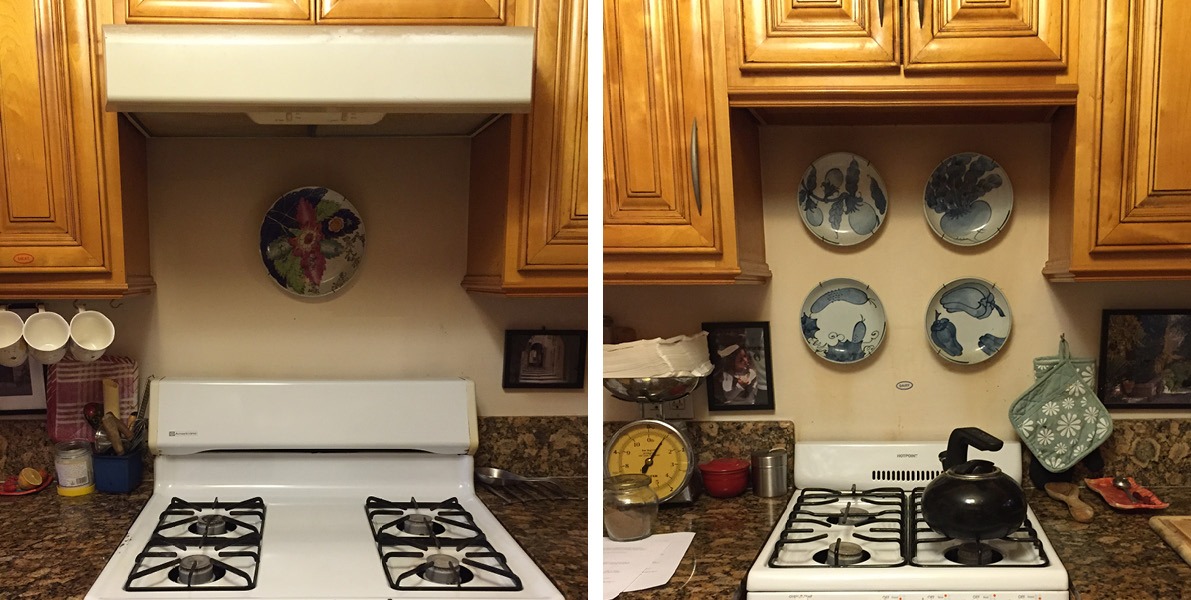 “When we lived in Seattle, we had an electric stove. Now we have gas. I opted for simple appliances without many gadgets because I don’t like them to break down,” says Mrs. Citron.

There are two ways of keeping things hot for Shabbat meals. An old-fashioned but still popular way is to keep your stove on with a low fire and cover the top of the stove with a metal sheet, called a blech. It also shields the controls to prevent them from being turned on or off by mistake.

Mrs. Citron added: “In the summer, I use a crockpot to keep my cholent hot. Cholent is the traditional dish of meat, barley, and potatoes, eaten on the Shabbat day. It doesn’t make the room hot.”

There’s an additional Passover oven (#3) in a separate room, a transitional space between the garden and the kitchen.

For a small family, one refrigerator is sufficient as long as it has designated meat and dairy shelves.

Mrs. Citron chose to go with stainless steel sinks though she grew up with a porcelain sink. Her counters are granite. In a kosher kitchen, stainless steel or natural stone countertops/work surfaces are preferable. According to Mrs. Citron: “Marble and granite are non-porous, so they don’t absorb, while synthetic counters and ceramic tile are porous, which means they absorb and therefore cannot be koshered once they become non-kosher. It’s not the end of the world though; you just can’t put hot food directly on them, but rather must use a trivet or towel!”

I had a delightful time discussing all these important details. I also had the privilege of learning about the dried herbs and spices that Mrs. Citron uses in her delicious cooking. Some of her herbs come directly from the garden right outside. We took a stroll though it while I marveled at the wide variety of fruit trees, as well as the edible and medicinal plants.

Mrs. Citron concluded with a very important thought: “Before we eat we make a blessing. We say a prayer of thanks after the meal as well. Rather than mindlessly popping food into your mouth, it makes you realize that G-d created everything, including the food you are eating. It makes you grateful. One shouldn’t have pleasure from this world without thanking and acknowledging G-d.”