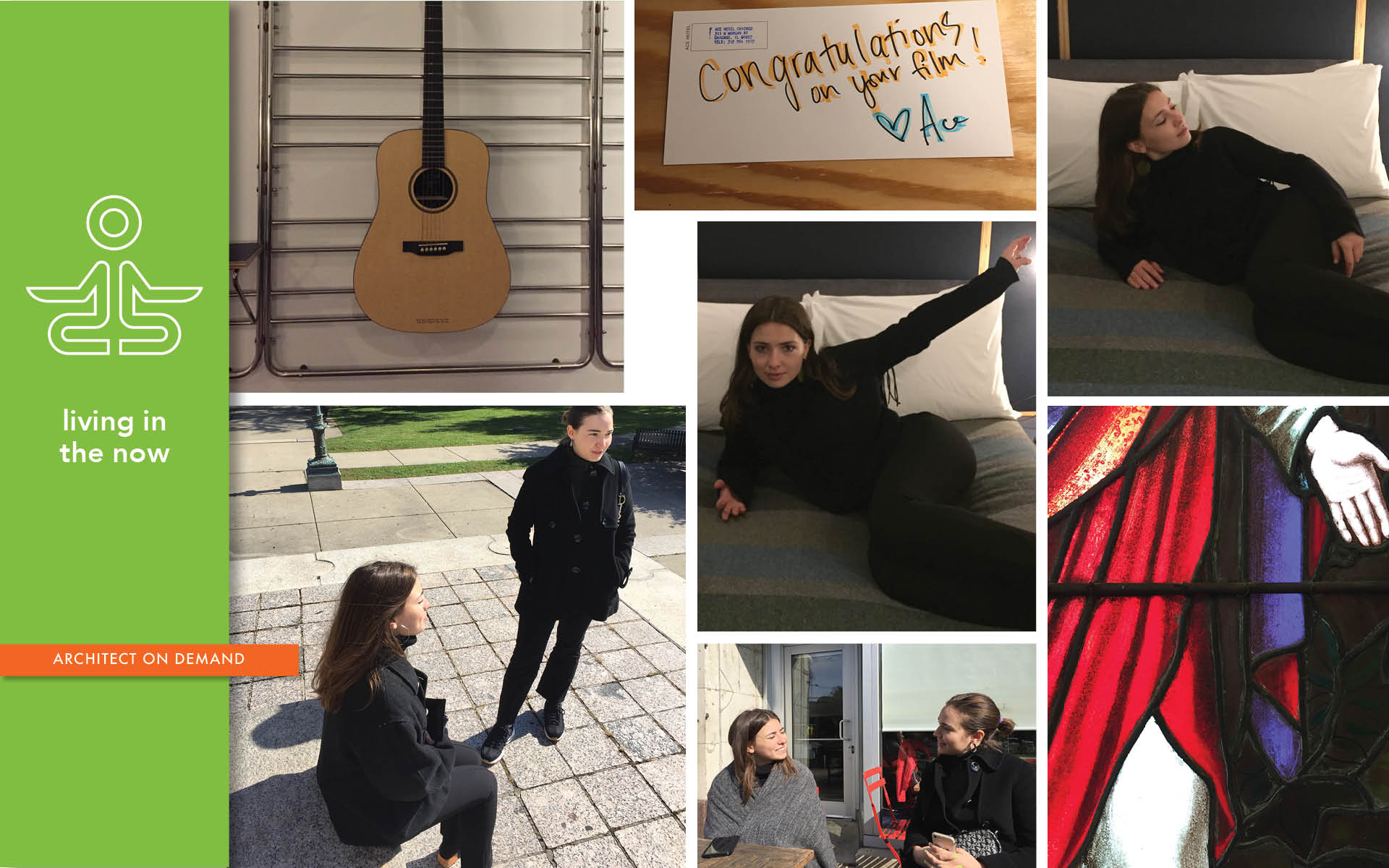 Making a Film as a Constructive Way for Transcending Pain

by Alla Kazovsky
advice without strings, an Online Architect, architect on demand, Kids' creativity, Living in the Now

Last Friday I flew to Chicago for the sole purpose of attending a screening of a short film my younger daughter Nastasya, an aspiring filmmaker, wrote and directed. Moreover, my older daughter Mia, an aspiring actress, played the main character in it. For both of them, this project is an epic achievement on many levels. Especially when it comes to doing something constructive as a way for transcending pain.

Coming from NY and LA, the three of us convened for 24 hours in order to collectively celebrate creativity. The screening took place at Fellowship Christian Church of Oak Park. We arrived a few minutes late. The jury did not expect us (as they told us later) and began watching right on time. Graciously, someone paused and re-started. The film is 16 minutes long; each second loaded with substance. We couldn’t miss any of it.

I had seen it just once before, together with the rest of the family attending Nastasya’s graduation from Northwestern University in June of 2017. As the film, titled A Return, deals with real-life personal trauma and humiliation of addiction, it ruffled a few feathers. Truth be told, Nastasya was shamed for her poignant delineation. It truly takes courage to be yourself, to express your feelings.

The film, by depicting a certain painful event, froze it in time. Which in turn became a constructive way to make sense of it, gain perspective, grow and learn from the experience. Building a bridge between past and future.

Thankfully, a year later, Nastasya considered sharing her spirited perspective with a wider audience. Beautifully crafted with layers of meaning, the film needed to be seen. A wise colleague finally convinced her. And despite skeptical rejection from relatives, she quietly entered (in)Justice for All Film Festival. (The name makes a reference to a quote by Rev. Dr. Martin Luther King, Jr., “Injustice anywhere is a threat to justice everywhere. We are caught in an inescapable network of mutuality… Whatever affects one directly, affects all indirectly.”) How very appropriate for Nastasya’s film!

And here we are attending a screening. Nastasya and Mia are interacting with the engaged, supportive, receptive, and encouraging group of viewers. They are asking such good questions; they’ve noticed such minute details. They’ve understood. They are empathizing.

Jorge Luis Borges (August 24, 1899–June 14, 1986) wrote: “A writer — and, I believe, generally all persons — must think that whatever happens to him or her is a resource. All things have been given to us for a purpose, and an artist must feel this more intensely. All that happens to us, including our humiliations, our misfortunes, our embarrassments, all is given to us as raw material, as clay, so that we may shape our art.”

That was the feeling I reveled in throughout the entire trip — an opportunity to acknowledge that my daughters are flourishing artists who have developed into morally responsible human beings. They did not choose to “keep the peace.” They did not give in to fear of what others might think of them. Instead, they exposed their vulnerability, dealt with trauma creatively, and turned it into art. I am thrilled that Nastasya dared to make this film — transcending pain in a constructive way.