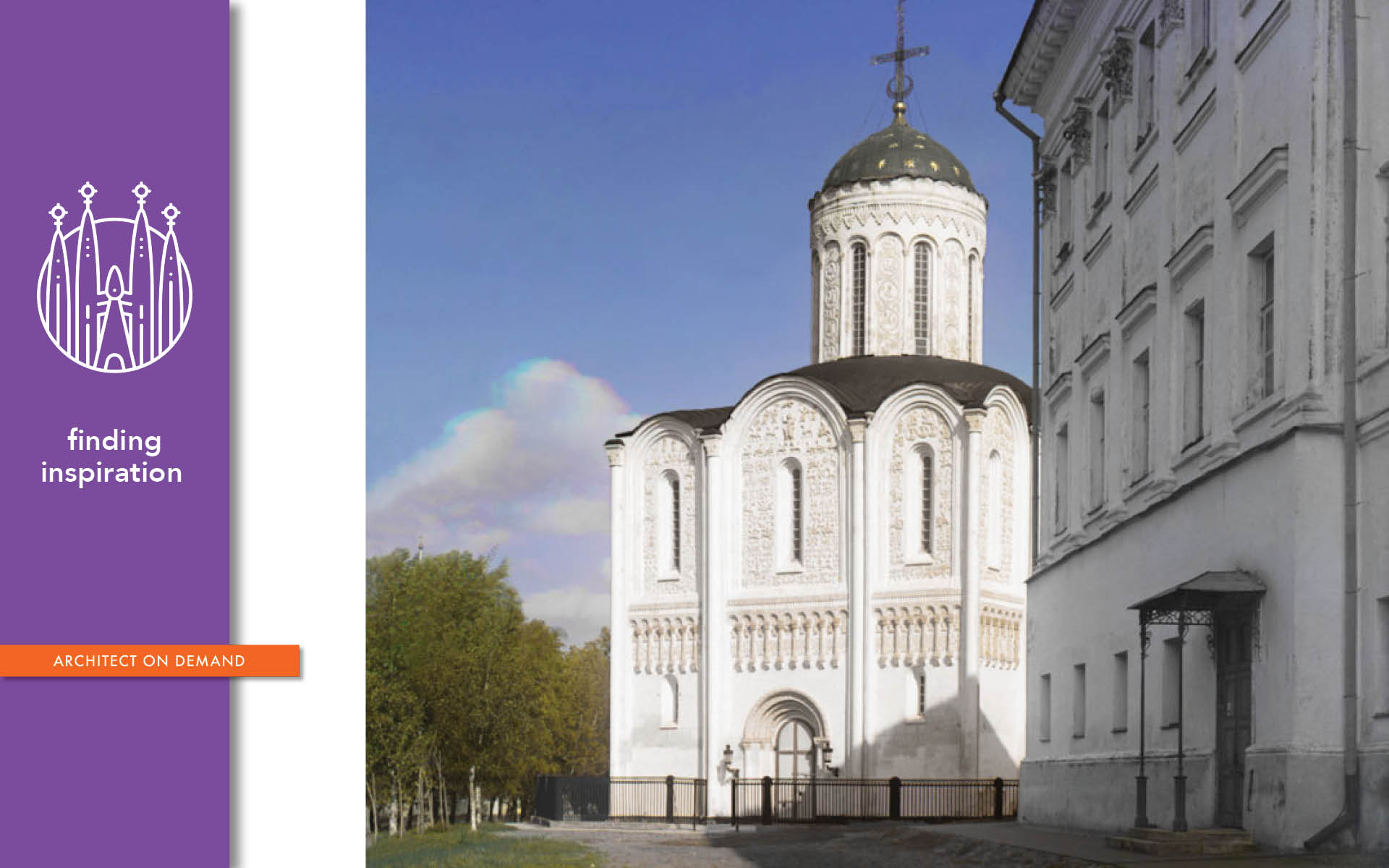 Russian Empire of Prokudin-Gorskii as Documented by Parfyonov

I’ve become a big fan of a Russian journalist Leonid Parfyonov recently. Watching weekly diary-format installments of his video blog Parfenon. Living vicariously through his reports of cultural news including visits to art exhibits, theater performances, and architectural landmarks. As someone born in St. Petersburg, I’ve been glued to a computer screen for hours watching Parfyonov-narrated tele-documentaries, paying attention to his interpretation of the history and present state of affairs in Russia. My latest obsession is the inspiring film about the work of Professor Sergei Prokudin-Gorskii, an inventor and a pioneer in the field of color photography.

Prokudin-Gorskii systematically documented the Russian Empire in the years from 1904 to 1916.

Through rigorous and extensive photo expeditions Prokudin-Gorskii compiled an inventory of diverse Russian landmarks. He recorded technological advances in infrastructure and photographed people of various ethnicities in glorious color. His depth of field is outstanding even by today’s standards. 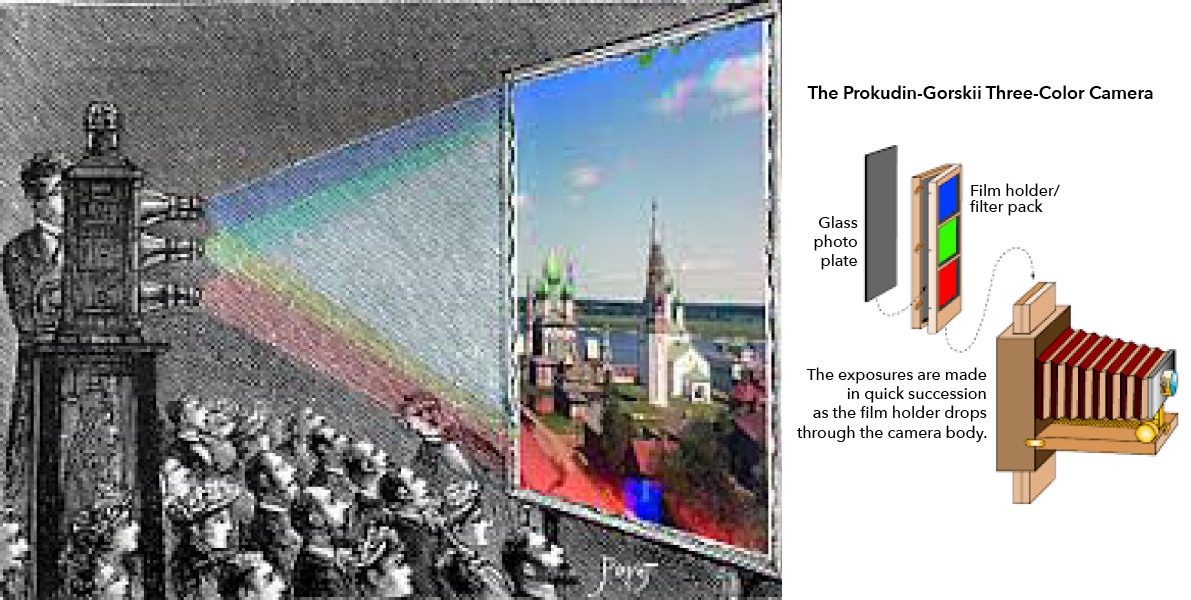 It was Prokudin-Gorskii’s dream to create a heartfelt “portrait” of the entire country. Starting in May of 1909, he began showing his progress to the Tsar Nicholas II annually. His ultimate goal, however, was to educate the schoolchildren of Russia about the empire’s diverse history and culture. The surviving 1902 negatives recorded on glass plates and 710 album prints were purchased by the Library of Congress in 1948 from Prokudin-Gorskii’s heirs.

Although there’ve been a few documentaries about the work of this extraordinary photographer, Leonid Parfyonov and his crew are the first ones to employ a comparative approach.

It’s truly remarkable how Parfyonov takes the images in full color photographed a hundred years ago and superimposes them over the sites as seen presently. He uses Prokudin-Gorskii’s vivid compositions as the primary source in the attempt to understand and appreciate the country as it was on the brink of the revolution. In the process, Parfyonov comes to the conclusion: regretfully, that country is gone. We see the structures scrupulously chronicled by Prokudin-Gorskii in their present state — many of them defaced, mutilated, even destroyed. And the ones that remain intact are covered up with debris.

Thus, Parfyonov laments lack of continuity, the severed ties between past and present. Time and time again we see proof that the Russian culture of a 100 years ago had been obliterated. Much like ancient civilizations of Egypt and Greece, it doesn’t exist. In Parfyonov’s words, present Russia has a lot more in common with the fallen Soviet Union than with the Russian Empire of Prokudin-Gorskii.

Dubbed Russia in Bloom, the documentary Tsvet Natsii (2013) is available with English subtitles here. I hope you enjoy it. One last thing. Let me dwell a second on the title because it’s not as straightforward as might seem at first glance. On one hand, the phrase literally means “the color of the nation” in Russian, implying the brilliant colors of Prokudin-Gorskii’s photographs. On the other hand, it is an idiom, an expression referring to the nation’s best representatives or its “cream of the crop.” 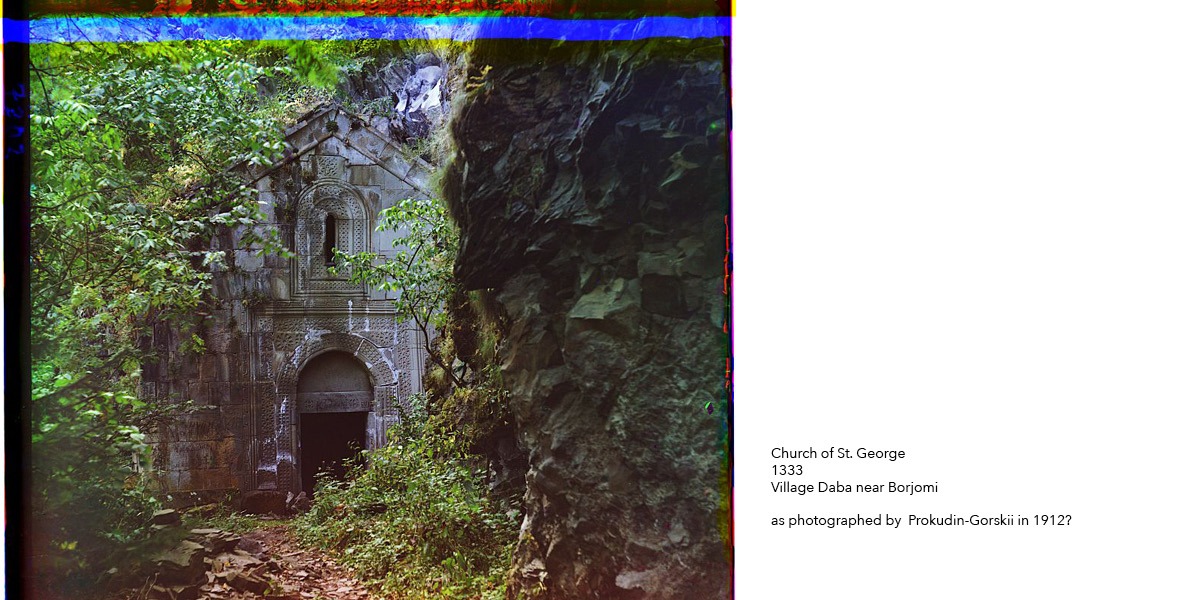