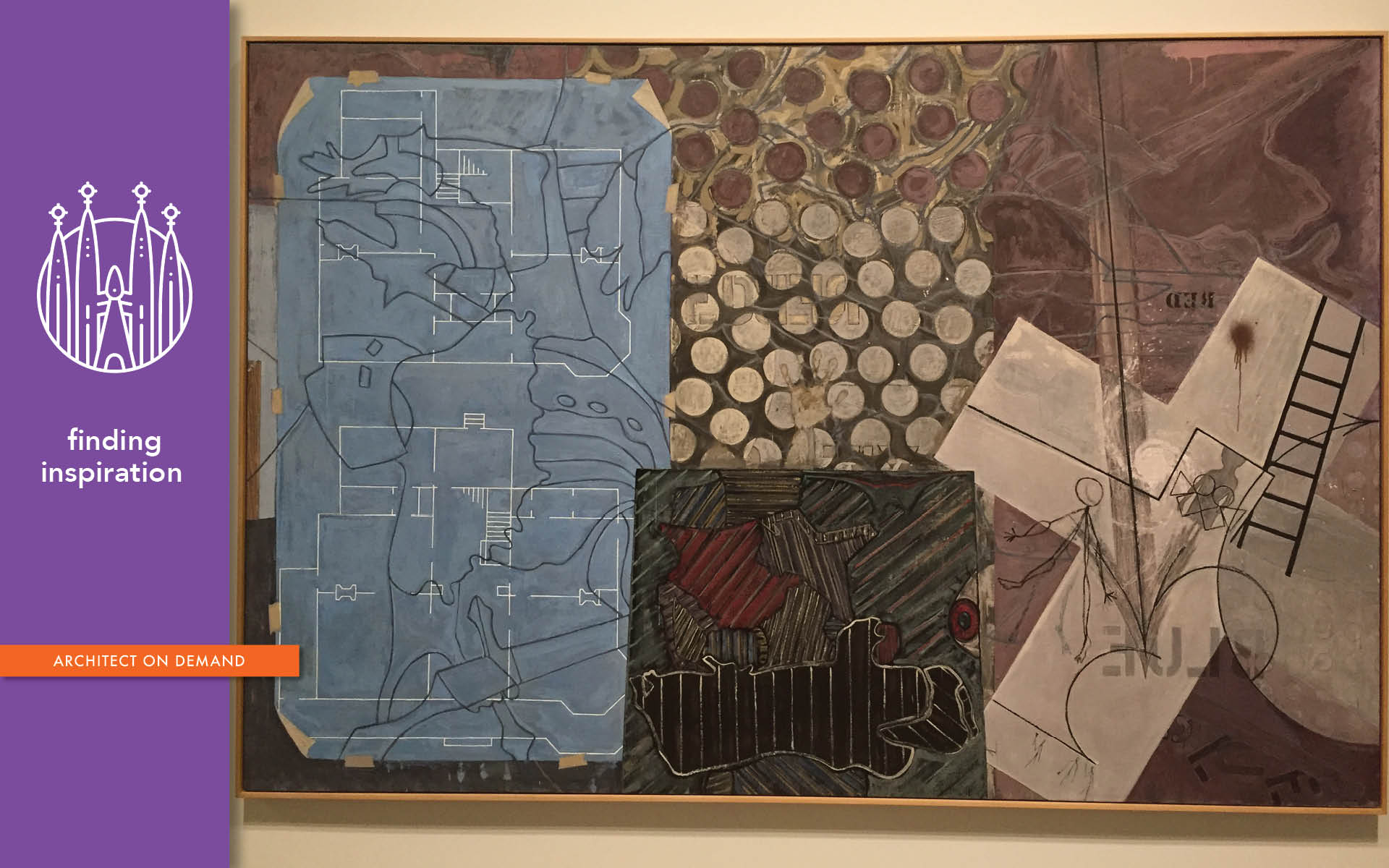 The Artist and His Truth: My Discovery of Jasper Johns

I’ve frivolously associated Jasper Johns — his flags — with 9/11 up until last Sunday. That’s when I encountered the artist’s extensive retrospective Jasper Johns: Something Resembling Truth at the Broad. The exactness and graphic quality of the work, its planned proportions, meticulous fabrication, and methodical repetition engaged, captivated, and inspired to seek explanations. Thus, I set out to educate myself about the artist and his subject matter.

The quest for truth began with reading a few library books on the artist. While studying them, I began to piece together various opinions by art historians and my own perception. Clearly, Jasper Johns is focused on “changing the focus.” He once said: “At every point in nature there is something to see. My work contains similar possibilities for the changing focus of the eye.” It appears that he is interested in confusing “the meaning of the act of looking.”

What truth is Jasper Johns talking about? Why does this artist take something very common and turn it into an object of admiration? Maybe he is trying to fix what happened to him as a child. Aha! This hypothesis I’d like to explore.

Johns says this about his process: “The changing focus of the eyes and mind give fresh sense to the time and space we occupy.” I read that his parents divorced right after he was born. My theory is that as a child he felt invisible. He spent most of his creative career rectifying it — laboring over ordinary, anonymous objects forcing the viewer to change their attitude about them. Most importantly, these objects become his focus. They are not overlooked, ignored, or judged by him. I love how he transforms a used coffee can filled with turpentine and paint brushes into something memorable, something to marvel at. Yet, he does not want to reveal too much. 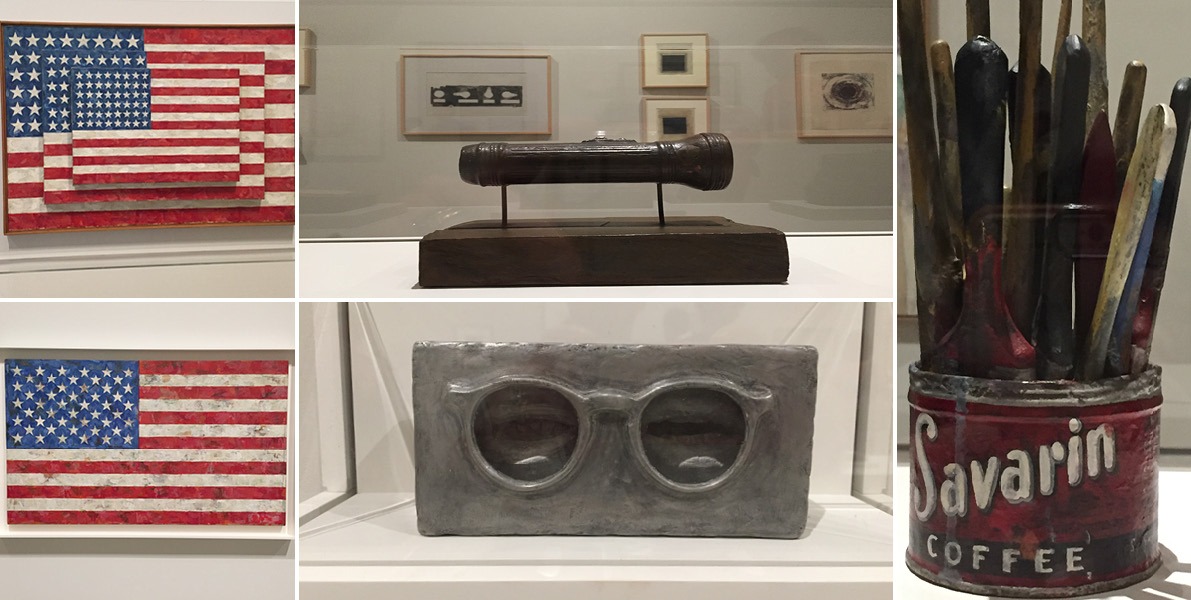 The truth is that it’s all about one thing perceived as another. Suddenly, the work is intimately meaningful and that’s what the artist intends. I understand it from my own perspective; it starts to matter.

I empathize, feel affinity. As a result — forgive me for being so simplistic — I embrace the work in its entirety. Rooting for the forsaken kid struggling with the excruciating pain of abandonment. Richard Francis writes: “This insistent preoccupation with the everyday is characteristic: from it he creates, in the way that young children do, an imagined world where the objects become special and magical.”

In fact, how I experience the work is informed by my perception of the artist as a lonesome child, someone that feels insignificant.

The books are not enough; I am not satisfied. I have to go back and ponder the show one more time. It’s important to examine the work again in order to substantiate my theory. Thankfully, with an e-ticket from three days ago, I can bypass a line of people wrapped around the building.

I am much more focused and take the time to look. His emotionally charged imagery is simultaneously flat and three-dimensional. He is a self-taught virtuoso of technical details — a master printmaker, painter, sculptor, draftsman. 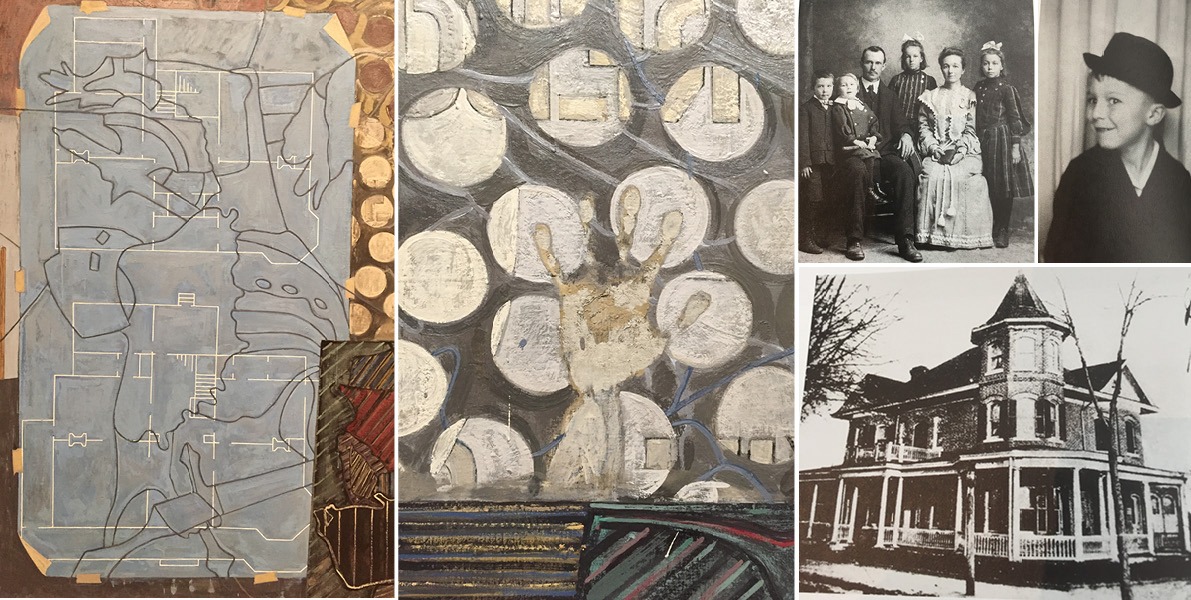 In earlier work Jasper Johns is very guarded with his emotions. Later in life, he reveals a lot more of himself, he lets us in on his process, invites us into his studio, even into his bathtub. One painting in particular (cover image) tells me that the artist is haunted by childhood memories. It features the floor plan of his grandfather’s house. An outline of a Halloween costume juxtaposed on top of it. The adults who are supposed to care for him are looking right though. He feels like a ghost. 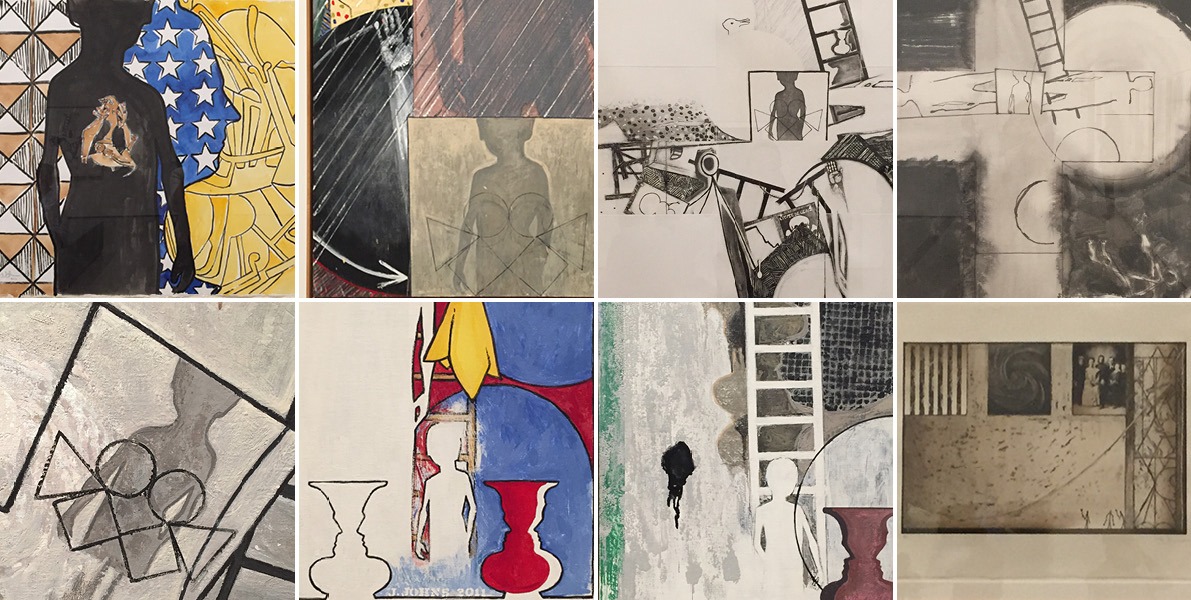 Jasper Johns channels his emotions while making art. As an active spectator drawn to his process of making, I aim to look and see. It’s subjective: I am only able to grasp my own truth, articulate my own private relationship with the work. Well, I started this post admitting ignorance — you are welcome to disagree here.