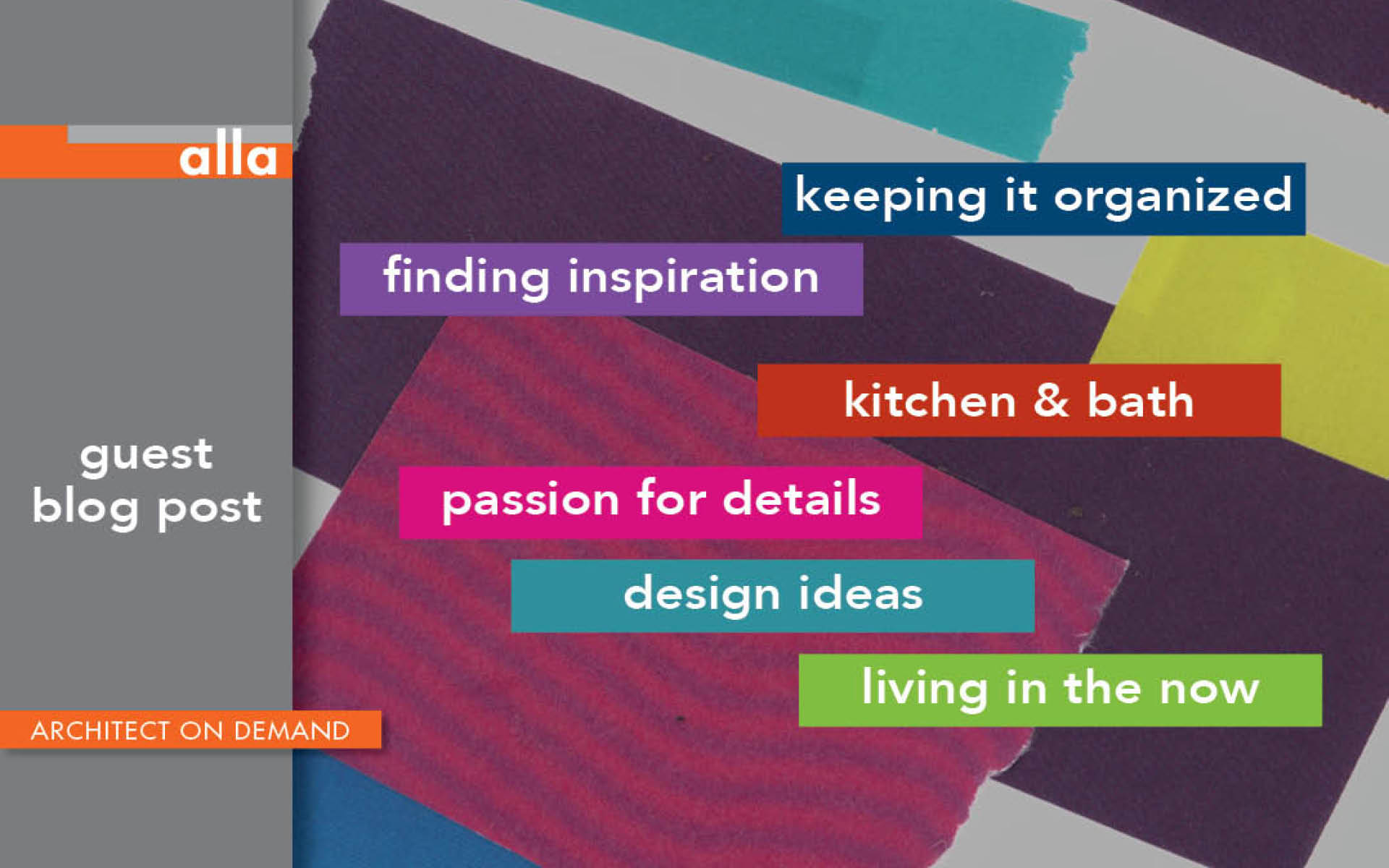 Hello, it’s Mia Kazovsky, and I’m back for another guest post after over a year. Here’s a refresher: I moved into a studio on the Lower East Side of Manhattan at the beginning of 2016. In the previous post, I wrote about the first steps in the process of upgrading my digs. Today, I’d like to share how I was able to turn a shabby studio apartment into a home.

I started by using simple solutions from The Home Depot, like swapping out outdated hardware and a rusty shower curtain rod. After having made a slew of minor cosmetic improvements, such as replacing yellowed light switches with crisp new ones, I continued the customization of my studio apartment through décor.

I invested in some festive rugs to break up the less-than-glamorous linoleum floor, for example. Urban Outfitters had extremely cute and affordable ones. In addition, I found some really special pieces through National Geographic’s partner Novica.

Choosing the furniture was the final step in the process of creating a home.

With a NYC-sized studio apartment, it was essential to keep it minimal. I inherited some pieces from a model condo unit that Alla DIY Ally decorated a few years prior. (The perks of having Alla DIY Ally as my mother are endless, and yes, she is also a genius interior designer).

A slim custom-built desk was the last piece needed to transform my shabby studio apartment. 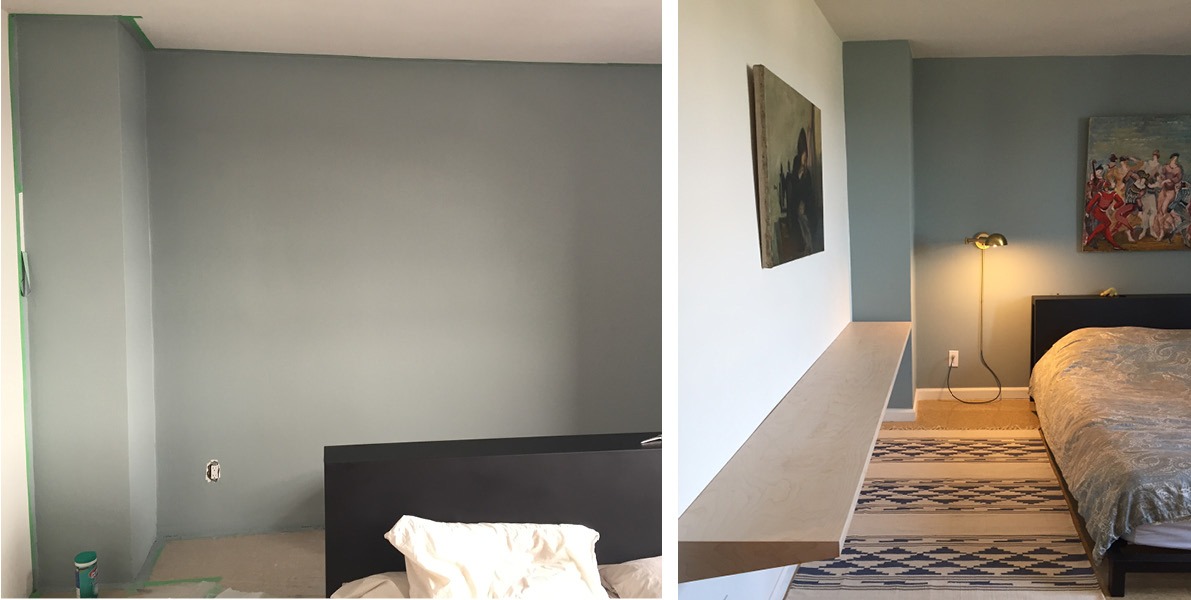 Last but not least, I had to find a nook for a desk. With 51” between my bed and the wall, I had an idea of creating a narrow counter-like surface to span the available length of 111”. Initially, I envisioned a table with a cork surface that would foldout so that I could make paper patterns on it. Although cool, this idea was vetoed. It wouldn’t have been a wise investment.

I wanted something simple and functional that was part sleek workspace, part elegant storage, part convenient bedside table. My mom and I brainstormed together. She is an expert at addressing lack of space constraints. We needed to solve the problem of supporting a nine-foot slab of wood. The question was how to avoid dipping and bowing without introducing legs that would have been visually odd.

Keeping it streamlined and simple, my genius genie of a mother (AKA DIY Ally) came up with a beautiful 16-inch-wide desk/shelf that would be completely wall-mounted. The design incorporated an understructure of triangular wedges that prevented bending. 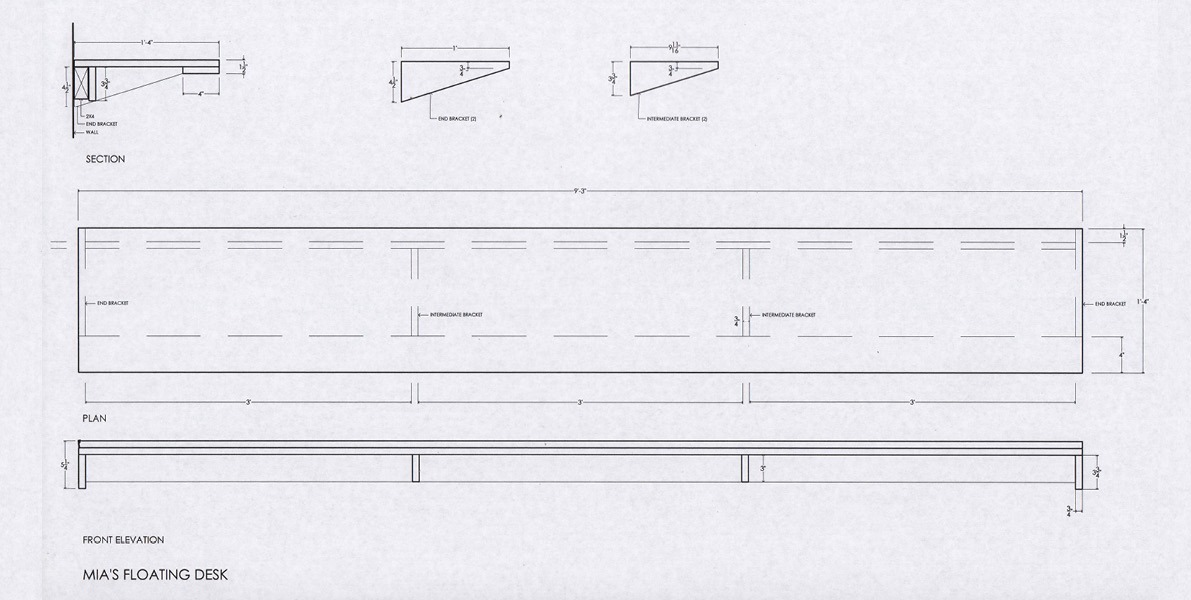 I chose to use maple veneer plywood with a coat of semi-sheer white patina and employed one of my design school buddies to build / install it. Somehow, it made everything feel complete! This custom floating work surface added a perfect finishing touch to my not so shabby studio apartment. I adore my desk and my home. 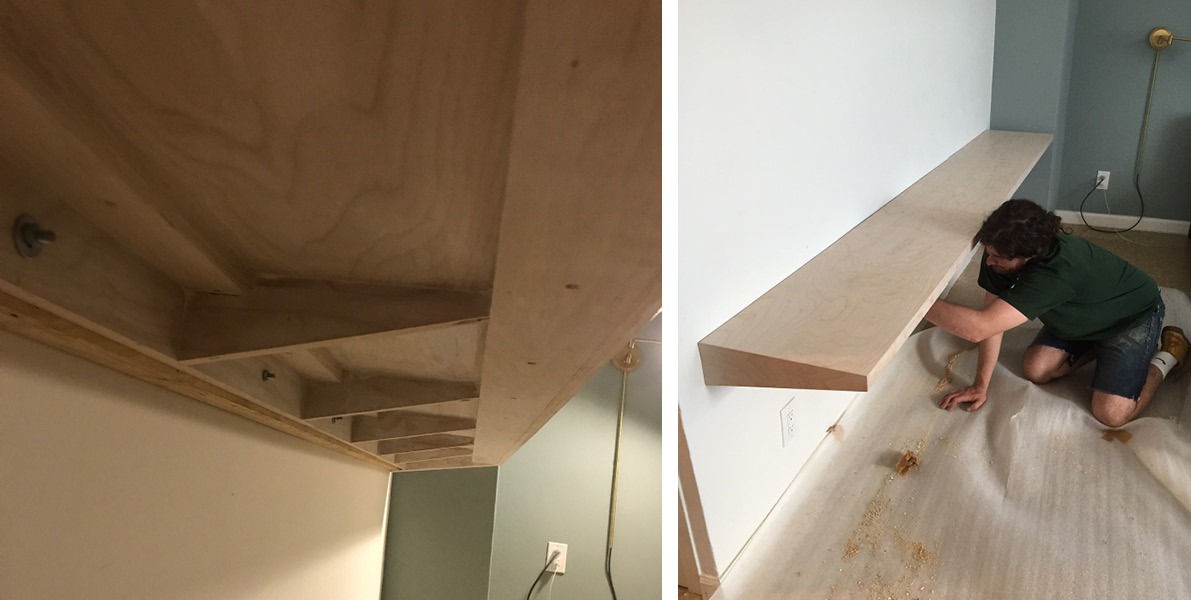