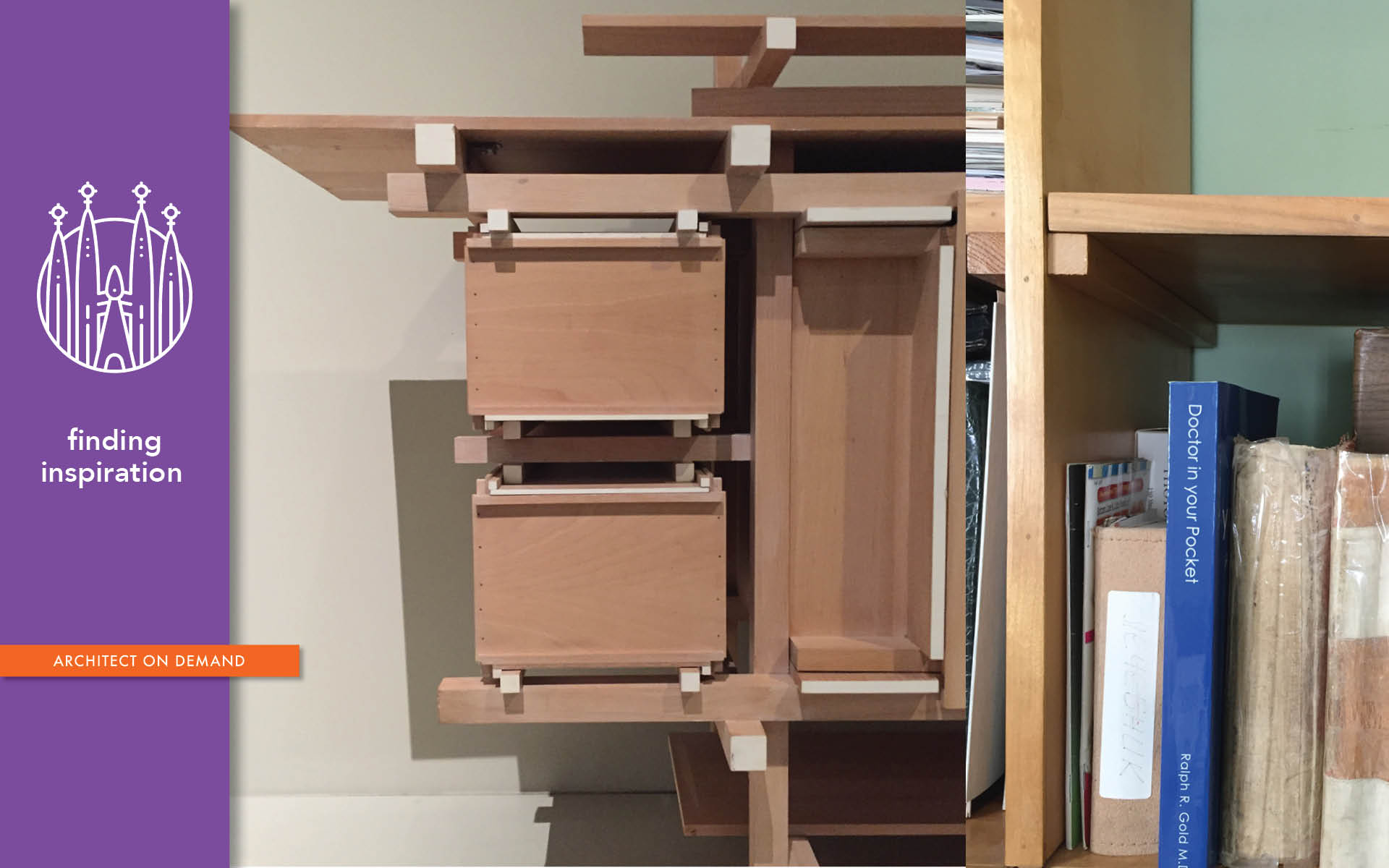 All Creative Work Begins With Imitation

Over the weekend, visiting Los Angeles County Museum of Art, I snapped a few images of Gerrit Rietveld’s sideboard and Red/Blue chair. At that point I was collecting ideas for my next post. The following day, another Maria Popova article struck a chord. Titled Oliver Sacks on the Three Essential Elements of Creativity, it stated that all creative work begins with imitation.

Thus, I’ve been ruminating. At the age of seven or eight, I adored a classmate. I wanted to be just like her. She recited poets I had never heard of. She was always drawing horses and Indians. I couldn’t do that. Instead, I started to imitate her handwriting.

Interestingly enough, her influence led me to cultivate and hone my own style. I was inspired by her to develop skills necessary to uncover my own creativity. For me, our association synthesized, in the words of Oliver Sacks, into an “unconscious preparation” for becoming an architect.

She was so much more than me; I felt inadequate. My desire to be just like my friend was not going to be fulfilled overnight. Imitation led to incubation.

Clearly, I needed to give myself enough time. What she possessed, I must’ve also had. It was somewhat familiar — something I could identify with on a very deep, subconscious level. I needed to understand what was it that I was longing for. Finally, when a stranger suggested that I study architecture in college, everything (somehow) started to make sense.

Still, there was a very long exploration ahead. Looking back, I am truly grateful for the inspiration, which resulted in a vibrant and rewarding life. Our brief affiliation served as an invisible foundation for all of the creative work I have done ever since.

Now, let me get back to the influence of Gerrit Rietveld. My profound interest in product ideation emerged in architecture school. One day, in the wood shop, I saw an upper-classman making a light fixture. He was using an old brick as a base. I was really intrigued. Consequently, I started designing and building my own furniture.

The first piece — a bookcase (my mother still has it) — was not that original. Its most interesting feature is a sincere imitation of Rietveld’s detailing.

Ten years later, still drawn to Russian Constructivism aesthetic, lack of ornamentation, and geometric abstraction, I was ready to make it purely my own. I enrolled in Peter Shire’s furniture design class offered by SCI-Arc and held at his studio.

A new mother, I aspired to create a dream environment for my kids. Prototyping within my own family, I developed, produced and marketed a line of multi-functional Modern furnishings, accessories and toys for children, some of which were available through Museum of Modern Art (MoMA Retail) and FAO Schwarz.

Amazingly, I became a winner of the 2009 GOOD DESIGNTM Award for A-Desk, a mobile work surface conceived for my daughter’s room, then a teenager. A-Desk is Rietveld distilled; it’s not an imitation or a derivative.

The incubation period allowed me to internalize or assimilate the concepts of avant-garde and arrive at authentic creative work.

The success of A-Desk made of solid clear anodized aluminum, prompted further investigation into the striking plasticity — the unexpected delicate side — of metal as the medium. Playfully juxtaposing inherent strength with apparent fragility resulted in three collections. Creative work that started as imitation expanded into a life-defining exploration.