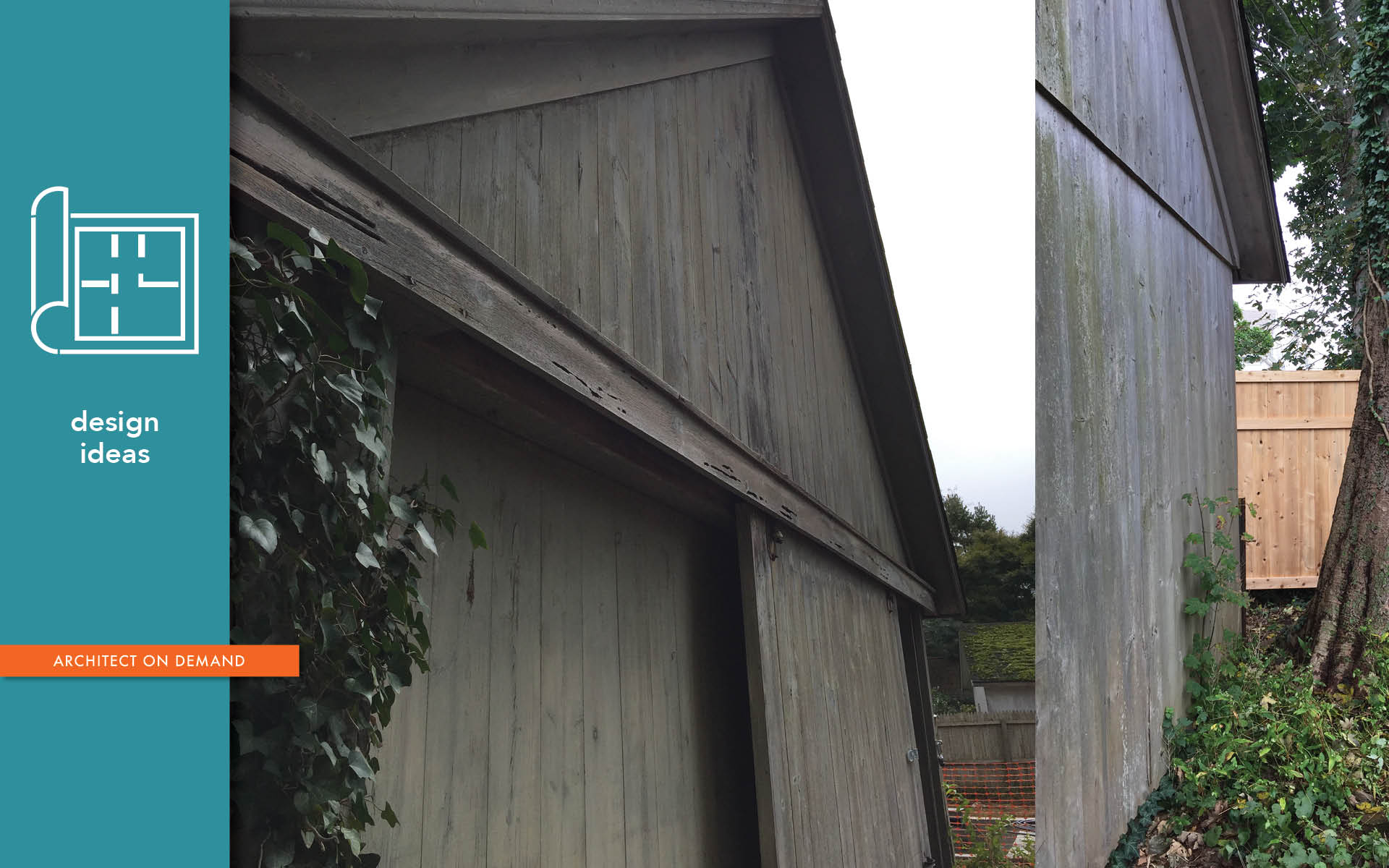 Start With a Plan, but Don’t Forget About Sections and Elevations

As Alla DIY Ally, I advise my clients to start with a plan. Next, as soon as there is a basic layout is in place, to consider the three-dimensional qualities of the space by drawing sections and elevations.

I learned how important it is while studying in Rome. A professor I revered lectured on the topic in front of the twin facades of Michelangelo’s Piazza del Campidoglio.

Following my own advice, in this post, I will show you the process using a project in Bridgehampton. I wrote about the inspiration and the initial work on the plan. Finally, after laying down the groundwork, I have to focus on sections and elevations. 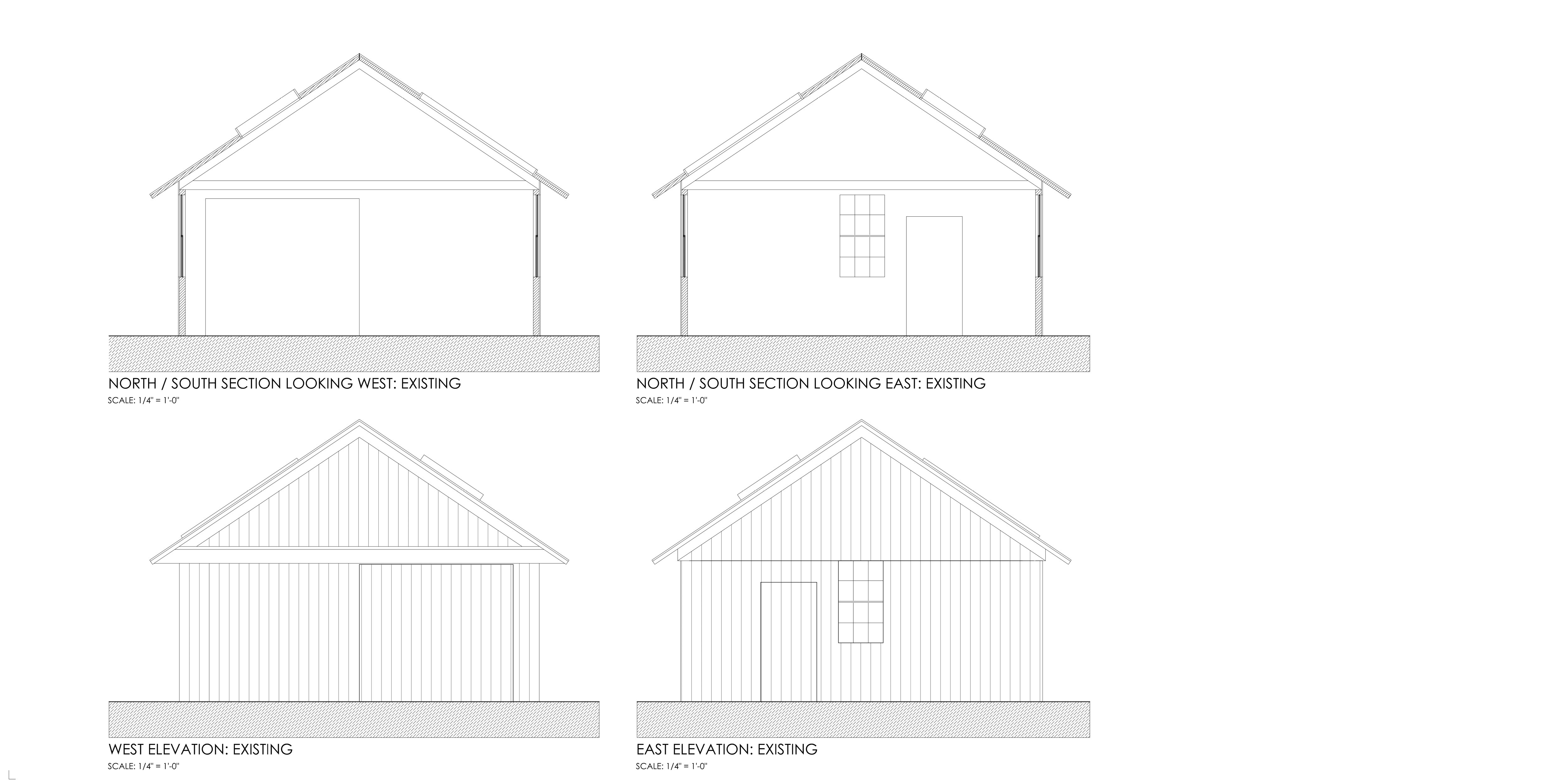 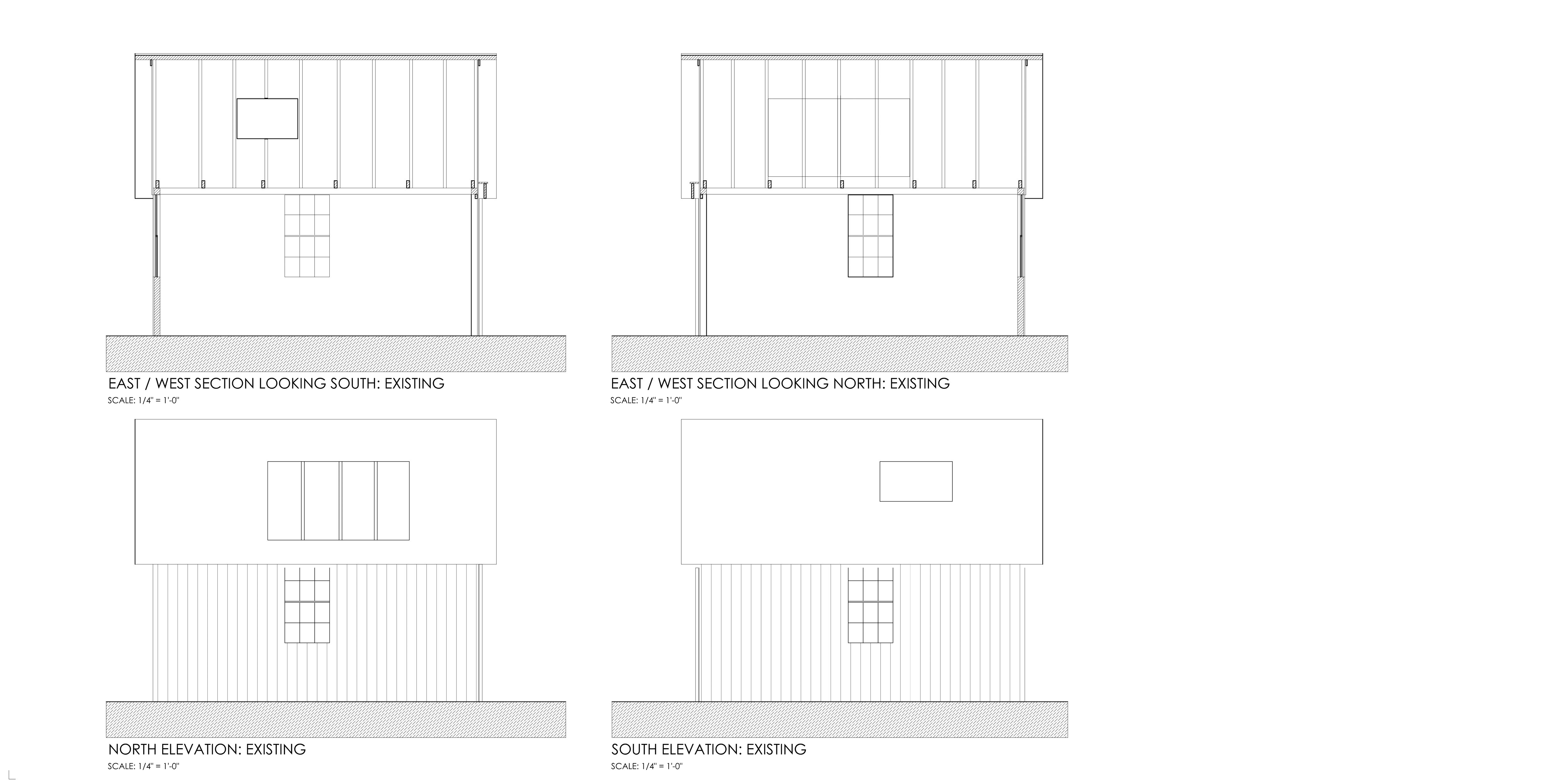 As a result, it became obvious that there’s just not enough height to build a loft. My client considered lifting the structure. What if we increase the height of the space by digging in? Unfortunately, that would negate my initial plan to use the old barn door as the main entry. Thinking about it in the middle of the night, I have come up with a solution. 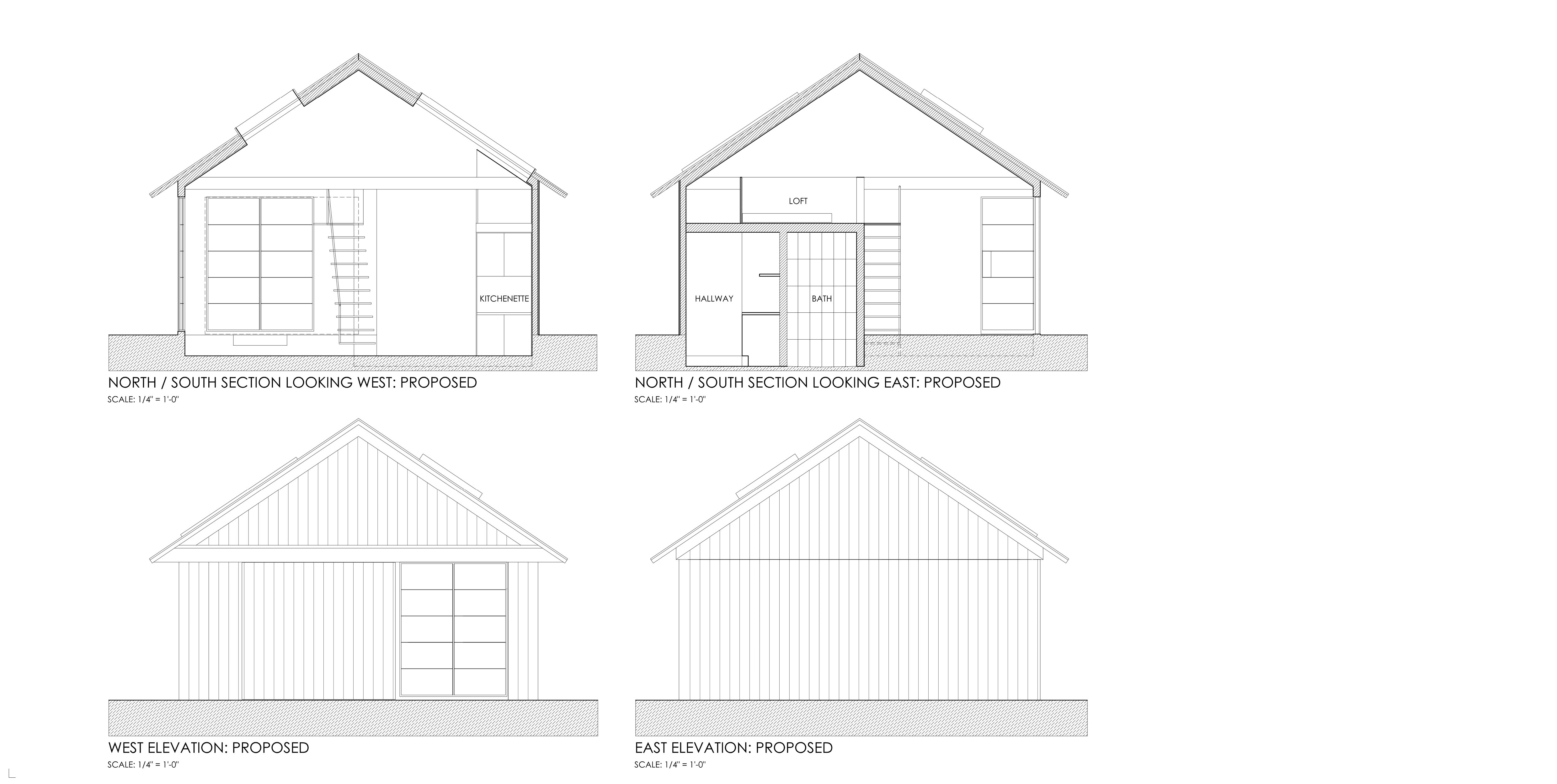 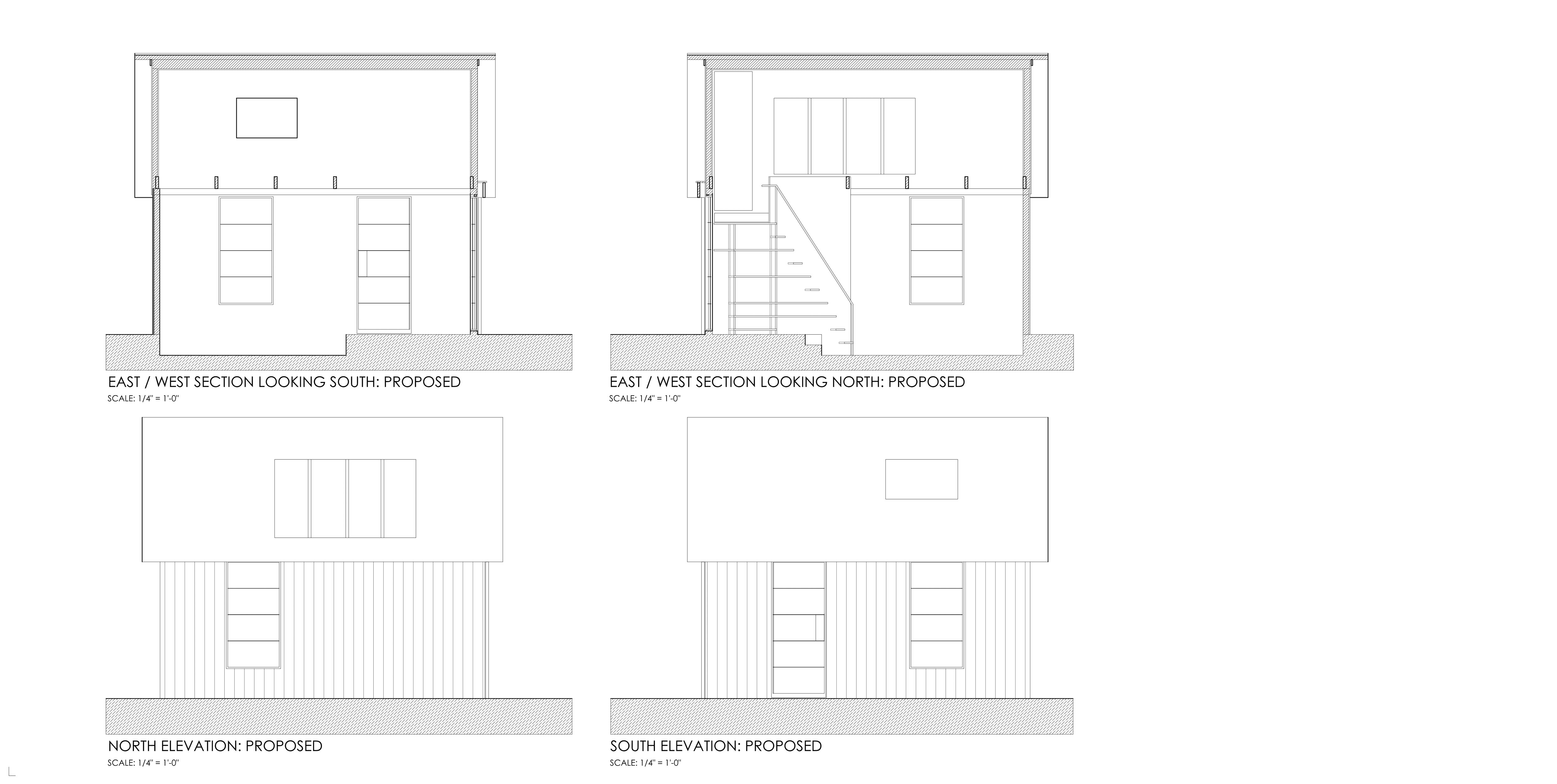 In the spirit of modern meets vintage, I decided to utilize the oversized opening not as a door, but as a window. We can keep the old wooden contraption on the outside of the new window, making it function as an exterior curtain that can be opened or drawn shut. It will give it personality and make for a good conversation.

The new door is on the south wall, right off the pool. Its landing is at current level. Two steps down and you are 14” below grade.

Going back to the plan. 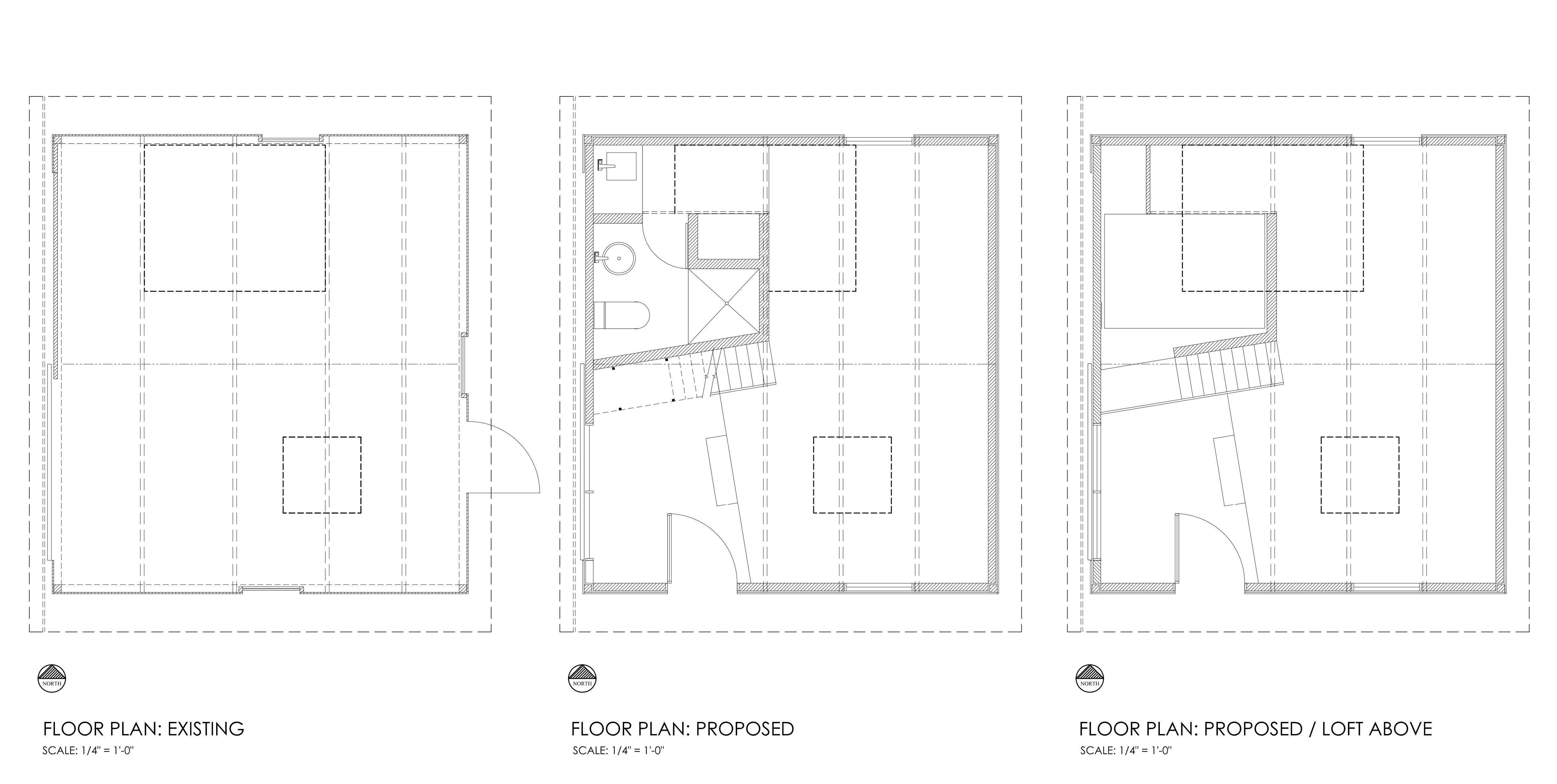 Now it makes sense to re-think the positioning of the loft. It will be cleaner to place it across from the entry door to delineate a foyer and make better use of the two-story vaulted volume. The added walls work as additional structural bracing, and one of the beams will tie into it. Actually, the plan is to install evenly spaced wood beams that are a bit more substantial than the existing.

Another step down, and you are in the private realm — a kitchenette and a small bath. I like the idea of a multi-functional hallway. We have five linear feet of counter space carved out of it. By working with sections and elevations, I see that we can also block out a loft closet above the sink cabinet.

My client, an avid collector and seeker of all things vintage, is content with my minimalist interventions. He knows that I don’t like an atmosphere of nostalgia. Instead, I strive for something crisp and fresh. I want the new pool house to feel relaxed but edited. As such, it’s critical to be very thorough. Thus, I design in plan, sections, and elevations.