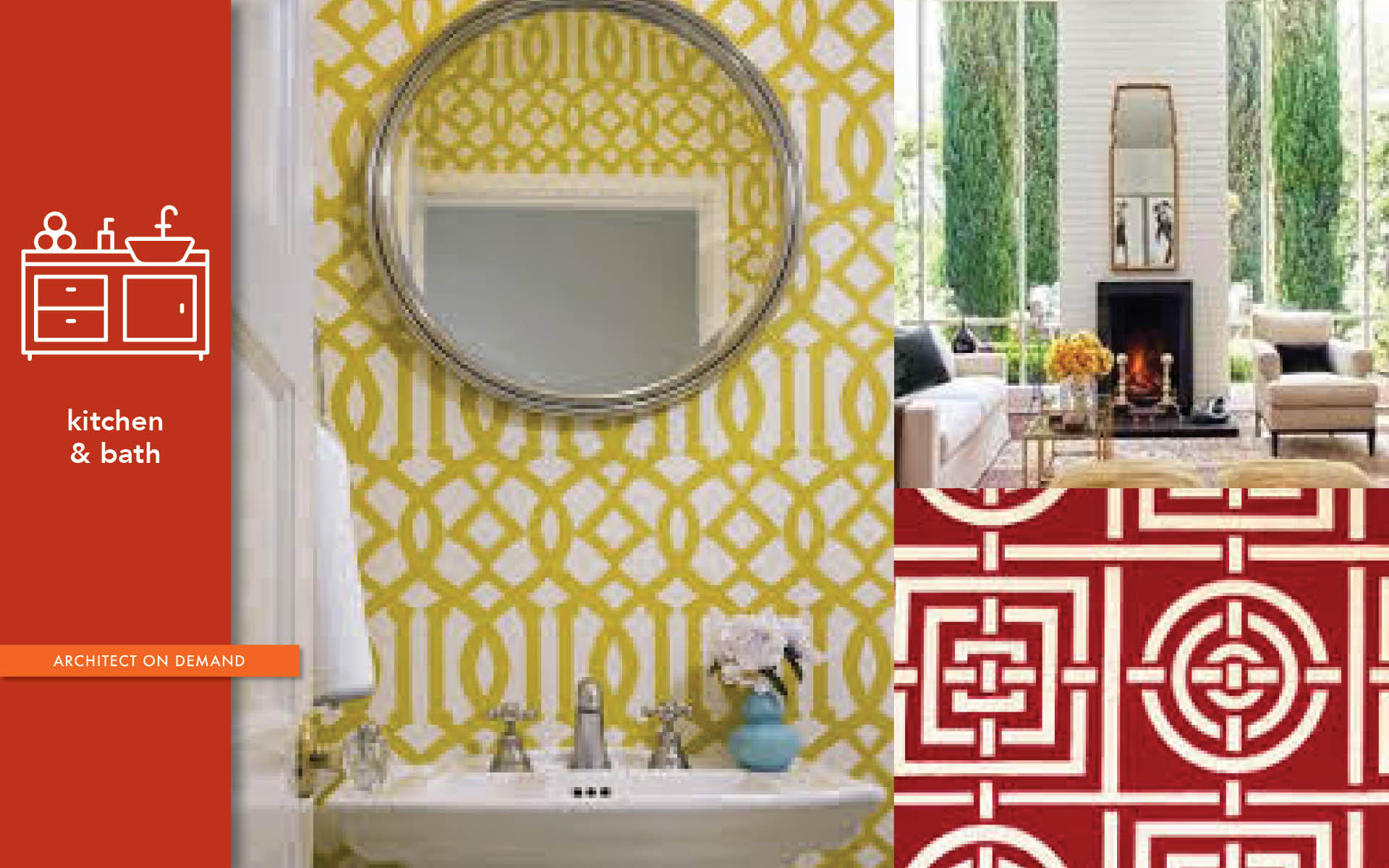 How to Remodel in Hollywood Regency Style

Hollywood Regency Style, a synthesis of 19th-century French, Greek Revival, and Modern was never of interest to me. That is until last Wednesday, when I received a text: “Good morning Alla. I wanted to see how busy you are these days as my parents just bought a vacation home in Palm Desert that is in need of a full interior and exterior remodel. Would you be able to consult them/me and possibly help with the entire process?”

It turned out that the vacation home in question is a unit at the Marrakesh Country Club designed by architect John Elgin Woolf and his partner, lover, and, later, adopted son, designer Robert Koch Woolf. John and Robert were famous for giving the Beverly Hills elite “a new kind of home, as glamorous as any movie set.”

What does that really mean? As an architect coming in to remodel a home designed in a certain style, I have to understand the intent and aim to amplify, not obliterate. I have to be respectful. Actually, it’s a responsibility that presents a welcome challenge.

If we are talking about a full exterior and interior remodel, we have to maintain the theatrical flair associated with Hollywood Regency Style, its “restrained opulence with carefully scaled architectural elements in perfect balance.”

As I embark on the project that will involve the remodel (“a complete redo”), including the kitchen and all three bathrooms, I have to study the precedents. The clients want to accomplish the following:

How to approach a remodel? I start with a floor plan. 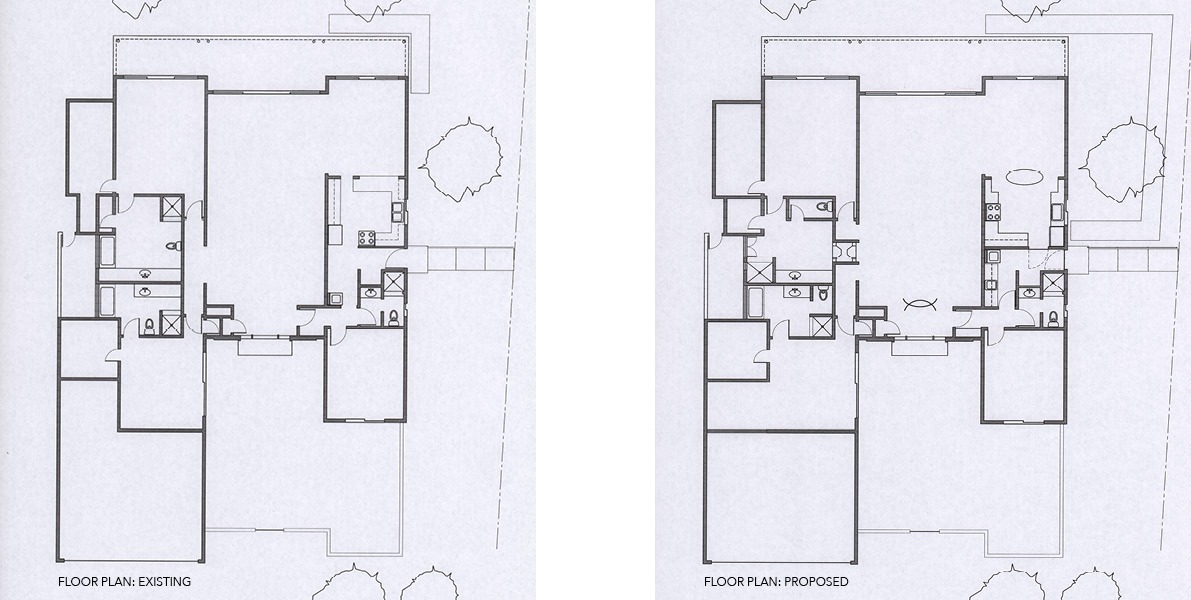 Upon measuring the existing, I can draw the floor plan as built. It seems to me that it would be a mistake to eliminate a wall between the living room and the kitchen. It’s not consistent with Hollywood Regency Style by any stretch of imagination. 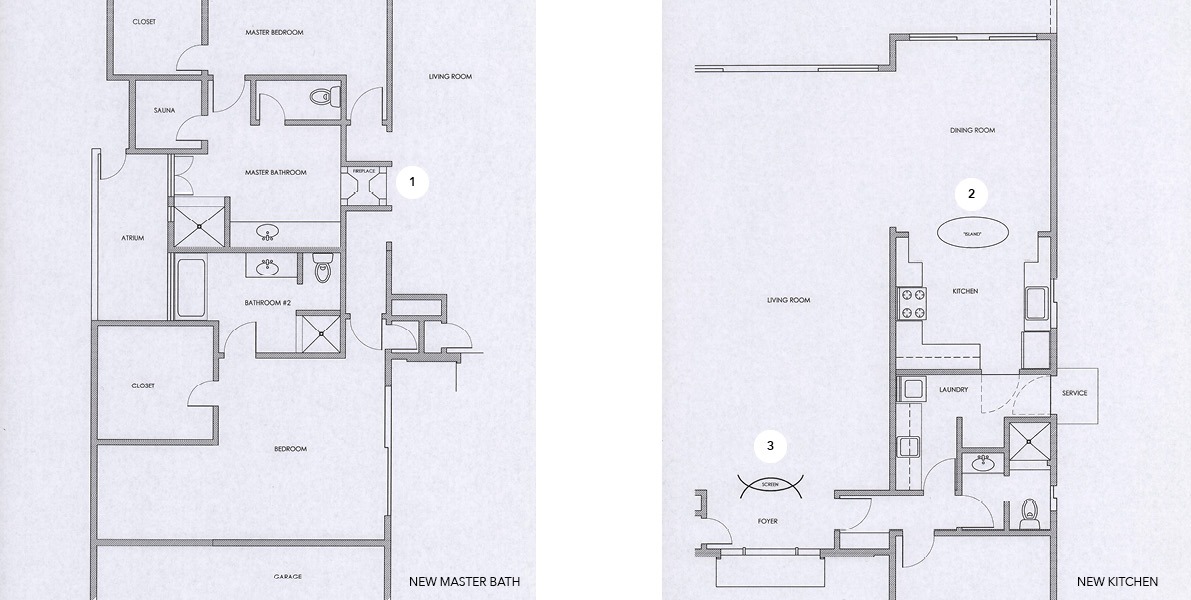 However, the kitchen does need a major overhaul; it was not carefully considered. There is no separation between the service zone/laundry and cooking areas. That’s a must. The new cabinetry would have to be appropriately detailed, though. In the spirit of Hollywood Regency Style, I’d like to propose a layout that has an oval free-standing “island” (plan reference #2).  I’d love to design a base for it. 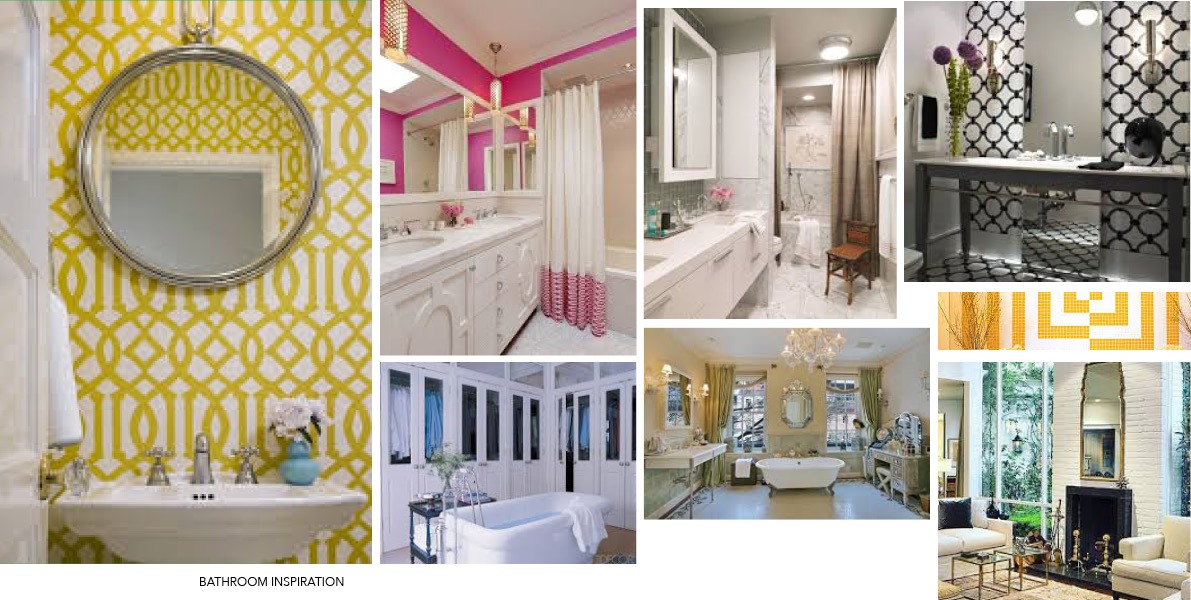 Turning a closet into a sauna in the master bathroom is not a problem. The concept of walking out into the atrium from the bathroom is plausible. Especially if it’s set up as a luxurious lounge with a fireplace and a sitting area! Working on a project means constantly having it in the back of my mind. This morning I woke up thinking how I would detail the doors to the atrium. Maybe they should be sliding, like everywhere else.

Oh yes, the fireplace! I’d like to utilize the depth of a very long (a bit dreadful) hallway and strategically position a two-sided fireplace in the middle of it. I hope the clients like this idea, as it makes good use of an awkward space — it does not take up room and is not a barrier (plan reference #1). We can do something very theatrical! I am inspired by the juxtaposition of solid and transparent; see the mood board above.

Speaking of barriers. Creating a visual separation between the entry area and the living room is quite important. There’s an indication for something of the sort on the original sketches for the model unit. I’d like to re-interpret that with a gossamer screen (plan reference #3).

Going back to the initial question of how to remodel in Hollywood Regency Style, my recommendation is to study the precedents carefully. Upon understanding the original intent, I would advise to reinterpret respectfully in the most innovative way possible.