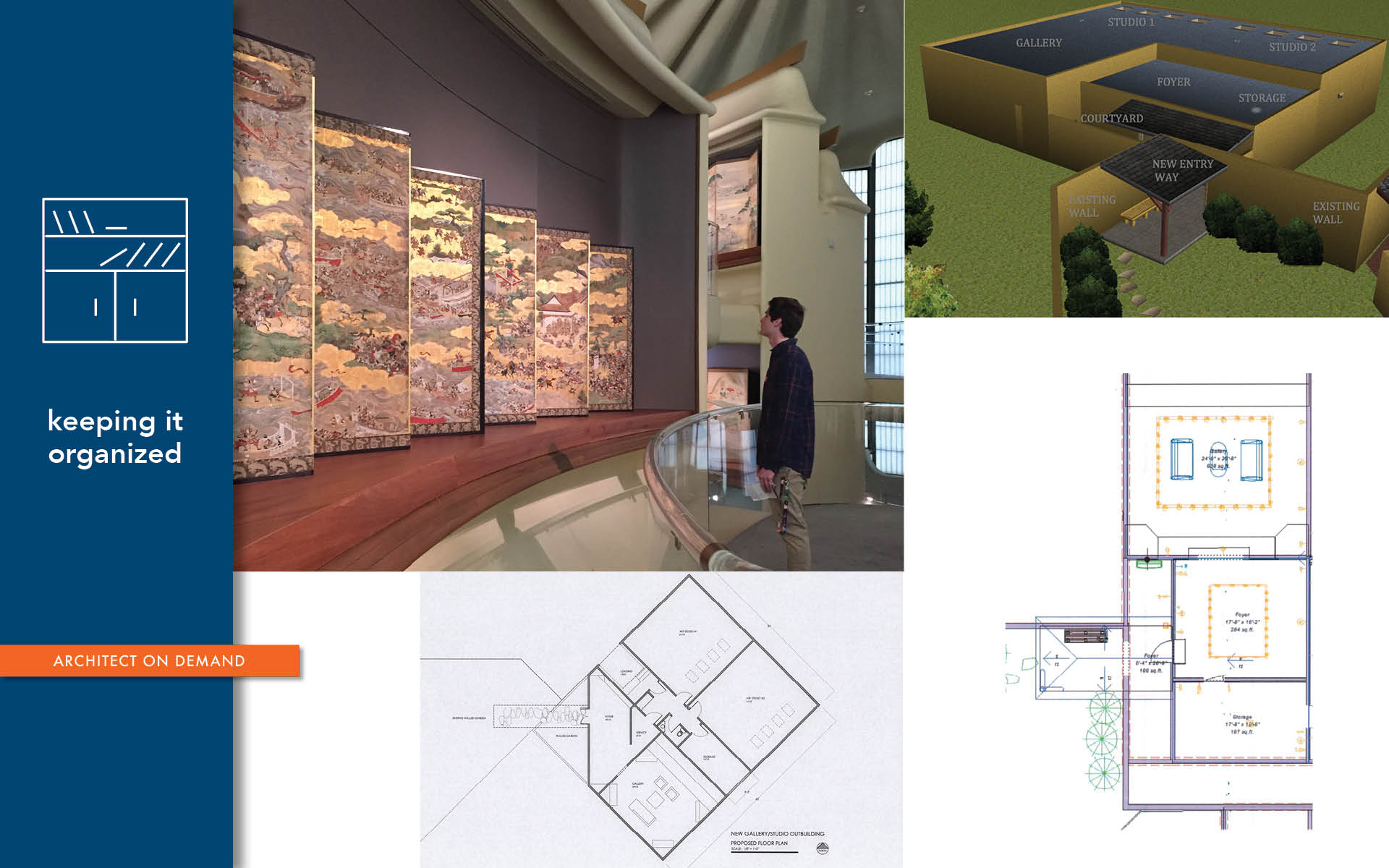 Establishing Hierarchy in Plan and Section

by Alla Kazovsky
advice without strings, an Online Architect, architect on demand, DIY, Keeping It Organized

This week my focus is on establishing hierarchy in plan and section as I’m helping a client in New Mexico who is DIYing an “outbuilding” that will serve as his private gallery and art studios.

Here’s how he stated his initial consultation question: “I want to refine the design and room dimensions and volumes for maximum efficiency, flow and impact, and ultimately create a biddable plan set.” He attached conceptual drawings as well as a sample image of the type of display in the gallery.

I am very intrigued by the project. However, I feel that his layout, just a rectangle divided into quadrants, has to be tweaked. I gently nag: “I’d like to get involved. If you will permit me, I’ll guide you a bit further with the design, so that you can refine it. The object, I am guessing, is to create wonderful spaces. Isn’t that right?” 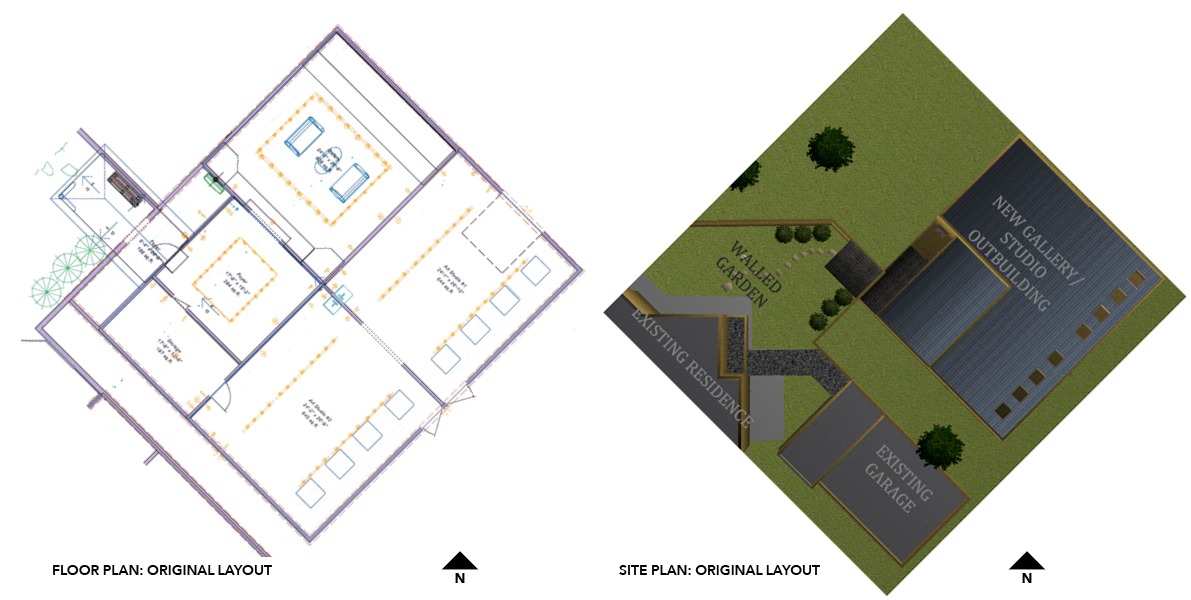 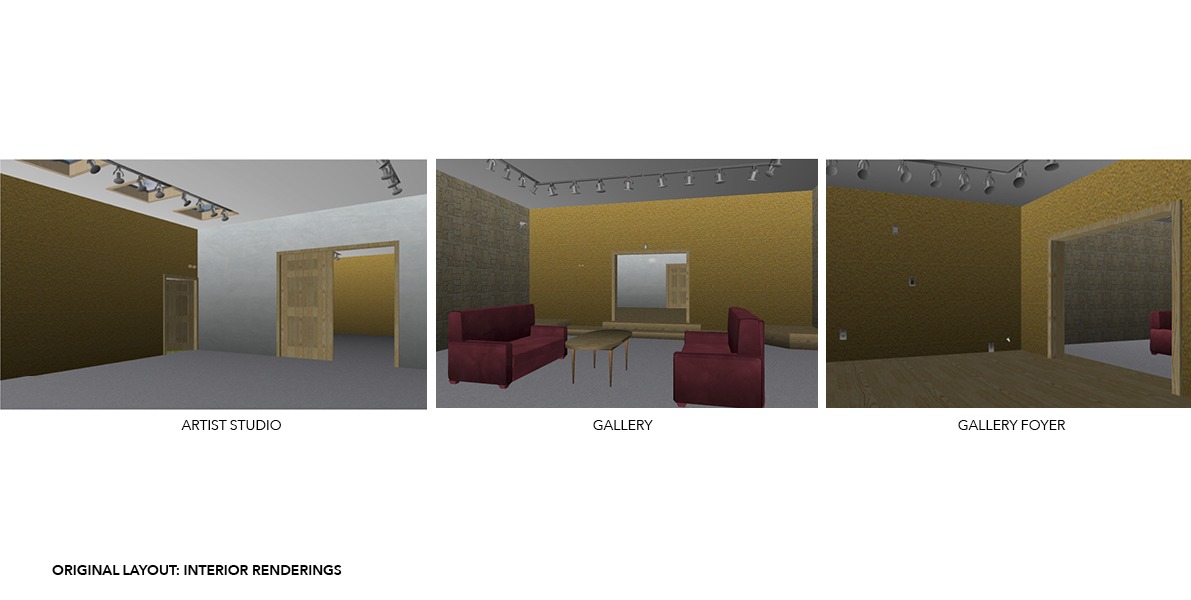 Looking at the design, I am truly bothered by the placement of storage right at the entrance. I’m just itching to re-organize and create a “service zone” that would support all of the major (or served) spaces, such as the gallery (1), the art studios (2), and the gallery foyer (3). 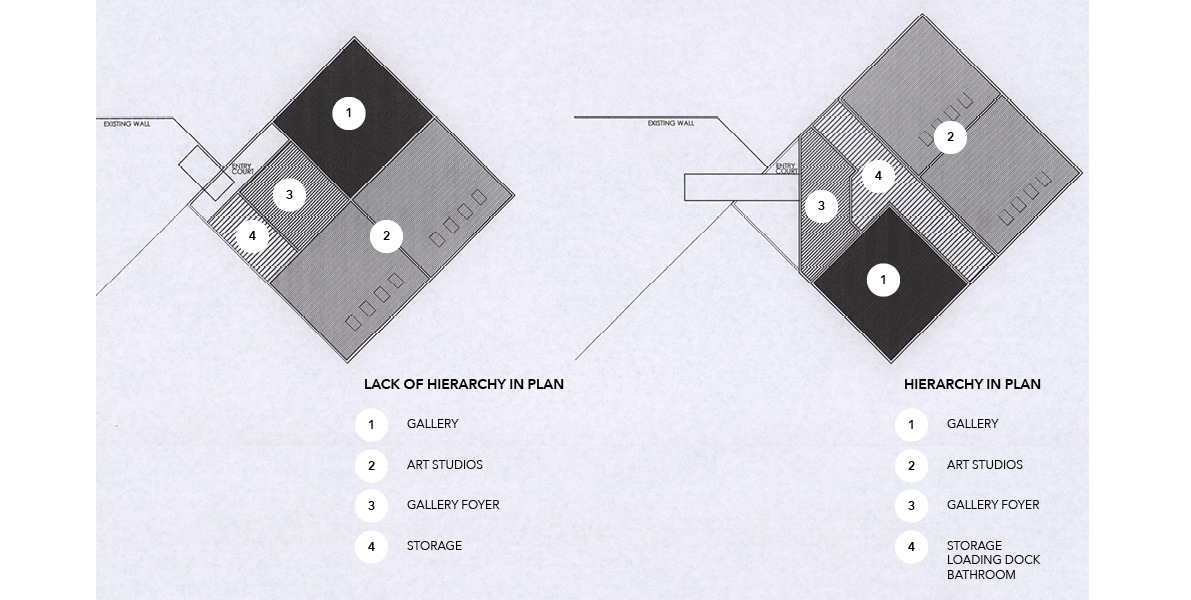 My client is skeptical, as he’s quite happy with his original layout. He writes: “Storage is primarily for crates and objects not displayed in the gallery. Its joint access from the art studio would also allow for storage of art supplies. I’m not sure why the SW corner would be considered prime — this area would be several feet from existing garage and garden walls.”

Aha! He is attempting to break up the volume! Certainly, my client has a good reason for every move he’s made while drawing up his plan.

What if he applied the logic of heightening the importance in plan and section instead of breaking up the volume for the sake of appearance?

My client’s design could work better if he were to set up a system of height differentiation. It would help to distinguish between various spaces in terms of their use, whereby establishing hierarchy in section. In other words, representing spaces as being “above,” “below,” or “at the same level as” one another. 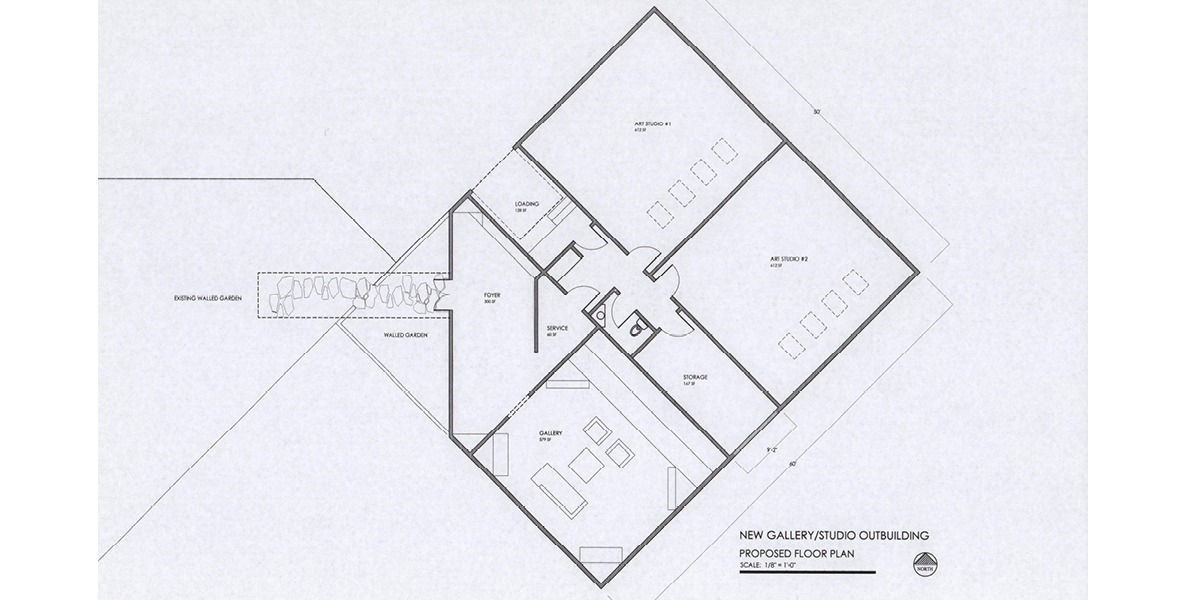 Case in point is the precious real estate right by the front door. Some of it is wasted on storage. If the concept of “storage” were expanded on and the outbuilding were organized to provide all served spaces with access to a service zone… Don’t you think it would operate more efficiently? Said service zone would include back door entrance/loading for the art studios, storage, and a bathroom. 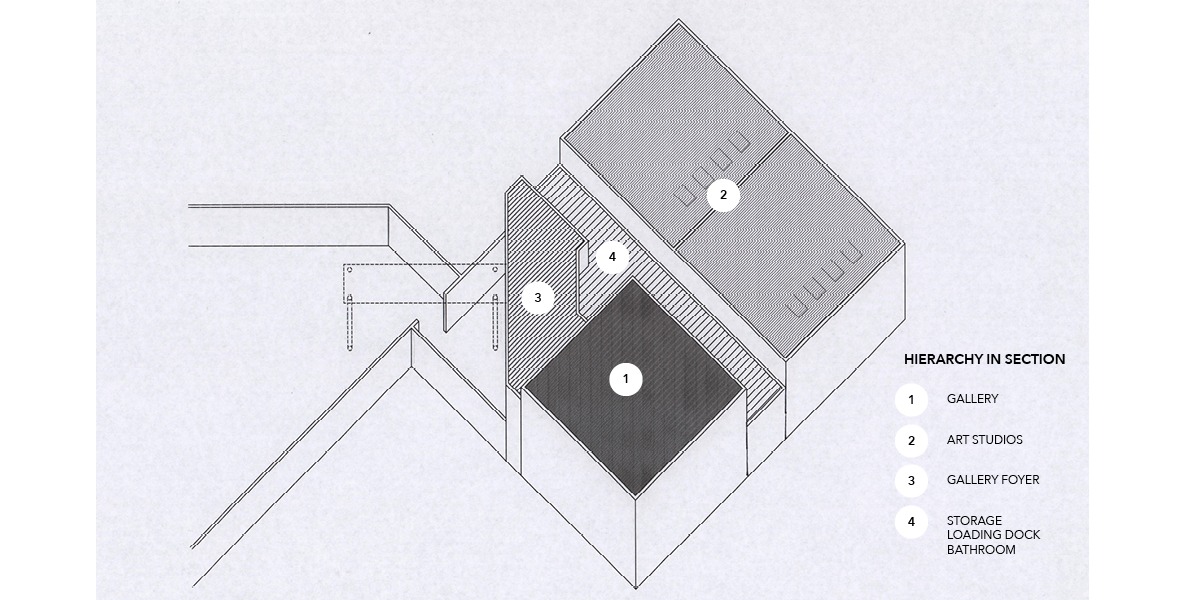 A service zone is recognizably identified as “utilitarian” in plan and section by its placement and proportions.

It serves the gallery, the art studios, and the gallery foyer. To show that the servant space has a secondary role, even though it works hard to put everything in order, we have to place and scale it accordingly. After all, establishing hierarchy in plan and section is clearly articulating the importance of a space or lack thereof by its form and arrangement relative to other spaces.