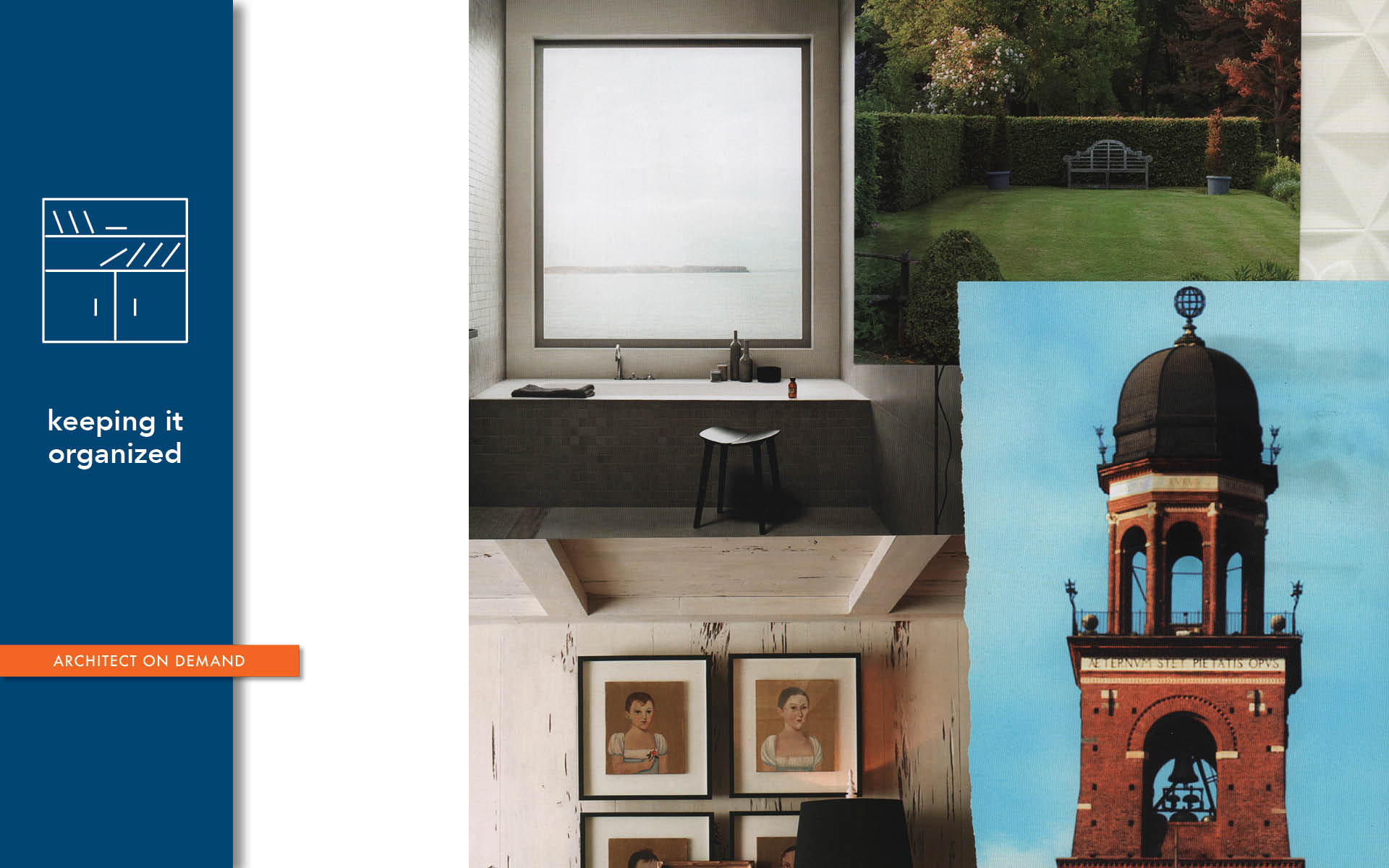 The Importance of Aligning & Centering

by Alla Kazovsky
advice without strings, an Online Architect, architect on demand, DIY, Keeping It Organized

As DIY Ally, I never get tired of emphasizing the importance of aligning and centering. Last week I wrote about helping a client to design a reflected ceiling plan. This week’s installment is a sequel to that post.

Upon proposing a design, I found out that there were a few additional elements to consider. Namely, the existing windows and the openings from adjacent rooms.

My client emailed: “So I sketched up the room as best I could quickly… not to scale.  But I think we may need some assistance with the window layout and locations.  We purchased the bay window, which is 7’ wide x 5’ high.  The other double hung set of 2 and the 3 individual windows are all left over from this addition and we don’t have to use them all. I hope my sketch helps conceptualize the room. It will primarily be used as a glorified playroom for our daughter. My mother’s opinion is that there is not enough wall space using the current window layout, so I defer to your expert opinion.”

Also, he wrote: “We are not set on anything except the exterior layout and the openings into the other rooms. We want to reuse the headers as much as possible.”

In response, I mused about maintaining the central axis — arched openings working together with the bay window. I thought that the windows on two other sides should be symmetrical. Thus, I took the course of aligning and centering.

My client wrote: “So my wife would like to maintain the two entrances, the reason I drew them as arched is because we have a large great room off the kitchen that has a 16-ft arched opening into it, so maybe the arch is very soft, not round…I think the 3-window side is too much window since that faces west and the windows will seldom be open or shades up etc. I guess some rough sketches of your ideas will help my wife decide.”

Here’s what I did. Please note that all of the dimensions are on center (O.C.). 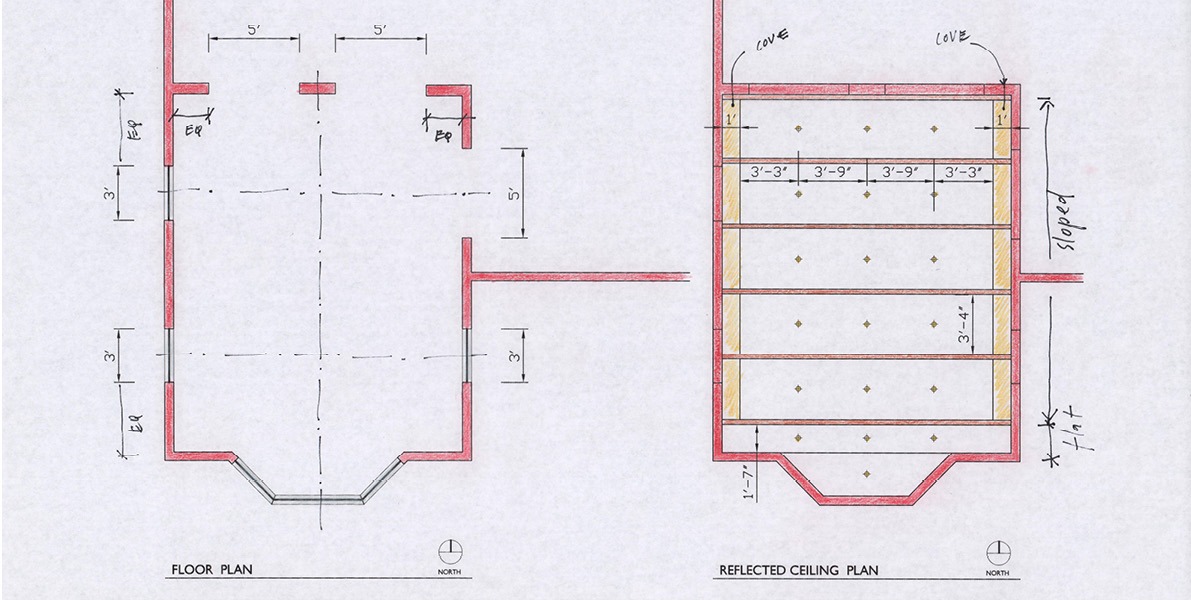 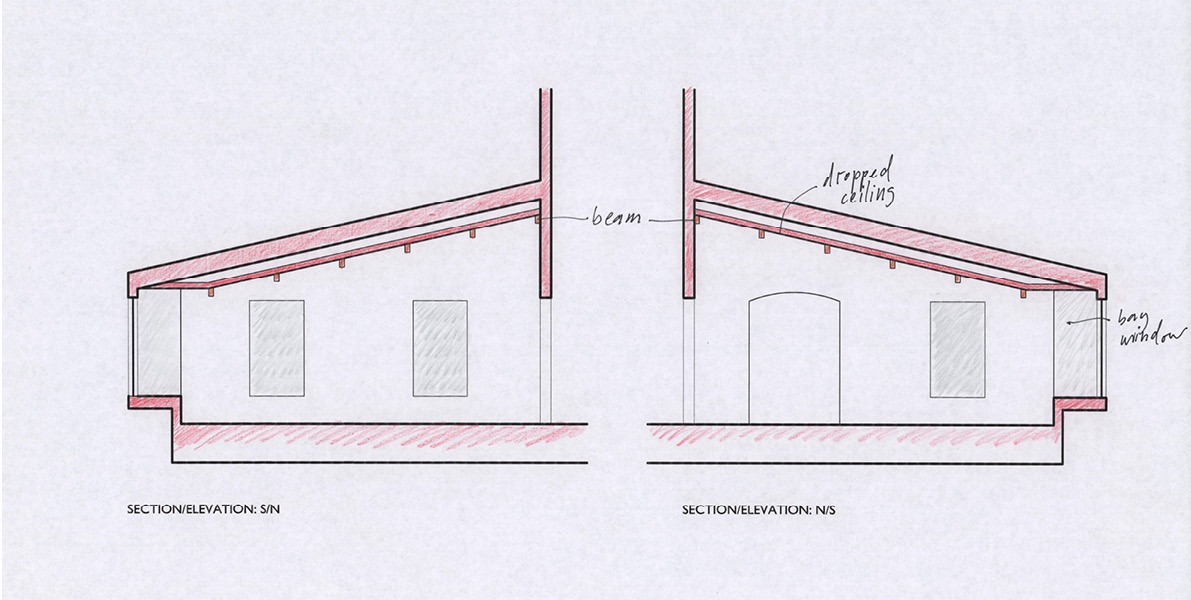 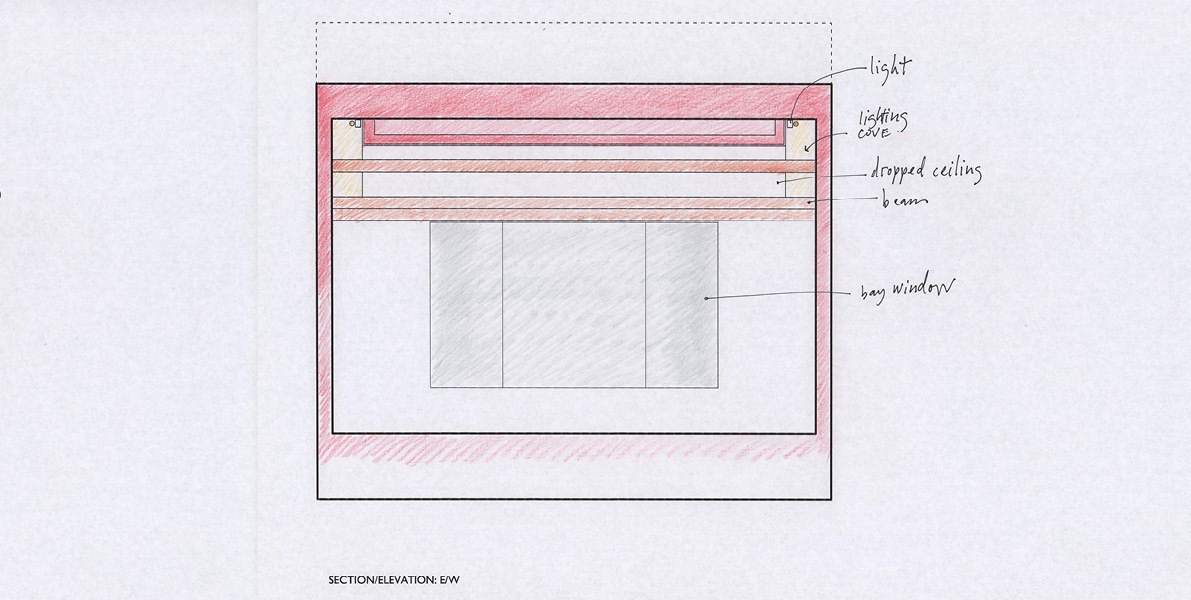 As such, I organized the reflected ceiling plan as follows:

Well, I hope this makes sense. In design, when facing a blank sheet of paper, the easiest way to approach it is to establish constraints or guidelines. Even if it’s as simple as making a decision about aligning and centering. Would you agree? If you have any questions, please do not hesitate to ask here.