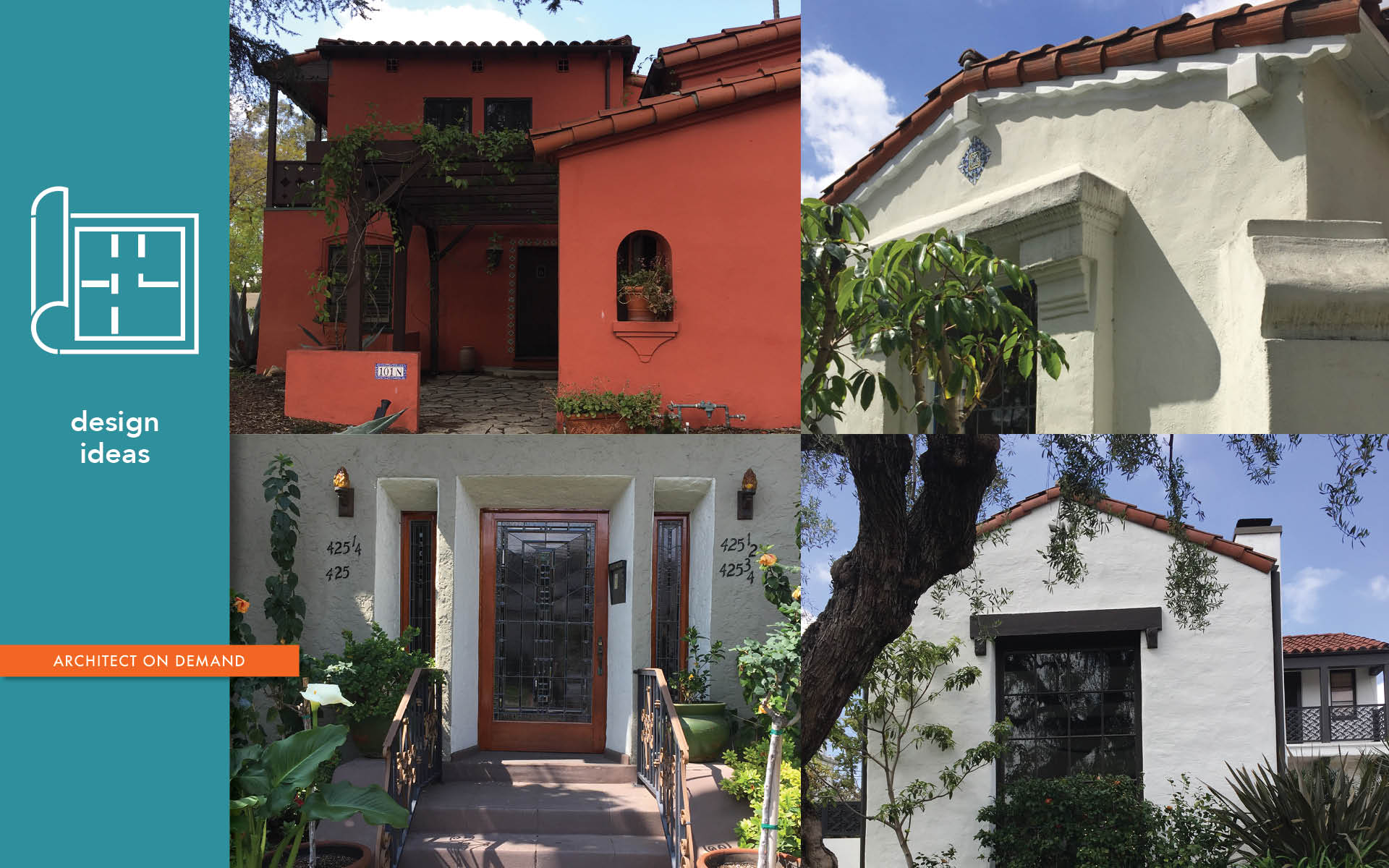 As architect on demand, I frequently get emails from DIYers concerned with their home’s curb appeal. When adding a few potted plants or planting climbing vines is enough to spruce up the entryway, Martha Stewart has great advice. However, it could be a question of subtracting, instead of adding. There are times when a façade can benefit from authentic architectural details and intervention.

“Hello Alla — While researching online I ran across your web site, and am wondering if you can help us decide what to do about the front exterior of our home. We love our house, but we’re unhappy with the look of it from the street. To us it appears out of balance, with a not-so-attractive prominent balcony, and little curb appeal. So we are wondering if there is a facade makeover option that would address our concerns. And if so, is that something on which you could provide guidance, and drawings, so that we could see how a facelift would look?”

In addition to a list of specific concerns, she attached a front view photograph of their house and informed me that they had purchased my how-toBook DIY Like an Architect.

Embarking on the project, I could’ve referred to A Sourcebook of Architectural Elements. Instead, I decided to take a walk in the neighborhood for both inspiration and research.

Thankfully, the streets where I live are abundant with old Spanish/Mission style homes possessing plenty of curb appeal.

While strolling along, I instinctively paid attention to façade details that would create additional layers. For instance, the use of garden walls and trellis. Judging from the picture I saw, the garages in the house of concern felt too close to the sidewalk and could benefit from something like a trellis, distancing and camouflaging them a bit. Another idea emerged. What if the trellis is extended to the front door? But that might not be enough… The goal is to accentuate the entryway, without resorting to an awning. I was opposed to an awning in this particular case because it would feel like an afterthought.

Thus, I sought precedents that employ the concept of a very thick (welcoming into its folds) wall and subsequently recommended an architectural intervention.

I proposed building-up the wall in order to give it extra depth. To illustrate, I printed the photograph of the existing elevation, overlaid some tracing paper, and sketched suggested curb appeal enhancements right on top of it. 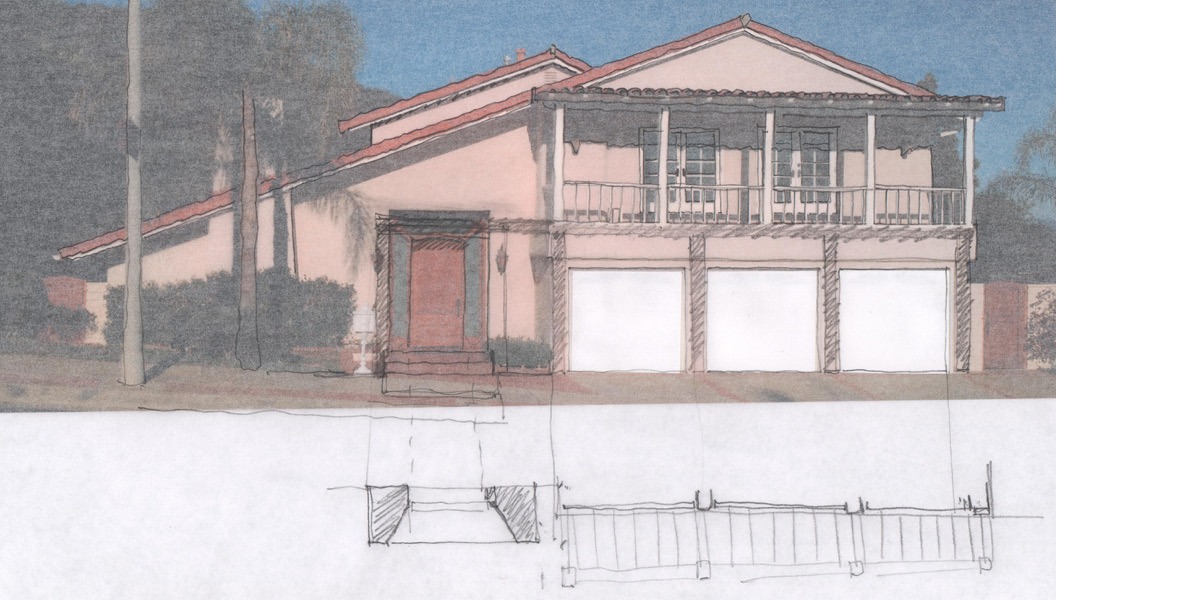 The objective was to give interest to the existing façade. See the list of recommendations below:

That was the extent of guidance (very cost-effective) I provided to my client DIYers working on improving their home’s curb appeal. She can take it from here and make it happen. To create drawings of the proposed architectural intervention she can refer to DIY Like an Architect. Of course, she should work both in plan and elevation while designing the trellis and a way to thicken the entry wall. Choosing the color for the trim is way down the line.