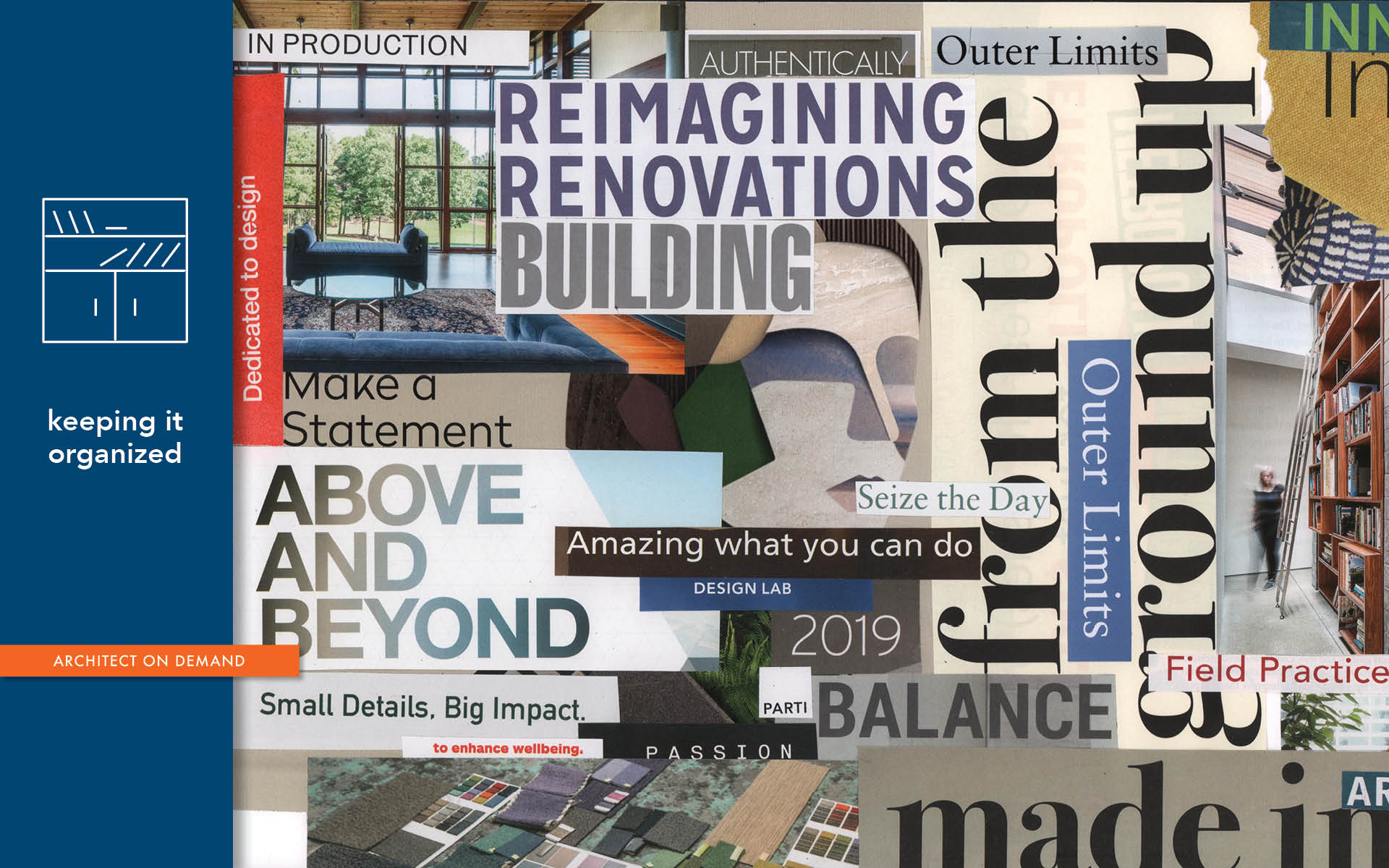 From the Ground Up: Pyramid Height Law in the Hamptons

Problems eventually morph into blessings in disguise. My ignorance of Pyramid Height Law and subsequent compliance with it led to a better-organized plan. I am grateful to the Building Department inspector who put me on the spot. Thanks to him, I literally turned the project around and it’s much cleaner now.

In the recent blog post on the Met Cloisters, I mentioned that my time in New York was mostly devoted to work. I spent countless hours updating a set of construction documents before a meeting with a Senior Plan Examiner assigned to scrutinize a renovation/addition project of mine in Bridgehampton. I only had a week to make the changes required to comply with the Pyramid Height Law — a zoning ordinance that controls the size of new homes.

The intent of the Pyramid Height Law is to limit the scale of a building as it approaches property lines.

In our case, the allowable building height for residential addition cannot exceed 32 feet at its highest point. Also, the height has to taper down, as the structure gets closer to the setbacks of the site. It’s called the Pyramid Height Law because a proposed structure has to fit inside a “sky plane” determined by drawing an imaginary 45-degree line from the property’s outer limits into the air. The buildable envelope looks like a pyramid. Its purpose is to protect the traditional scale of the houses as well as the neighborhood streets.

Since this is my first project as a licensed architect in the state of New York, I had not heard of the law until we submitted our Building Permit application. Once I realized we had an issue, it was my decision not to insist on a variance. Instead of panicking, I immediately decided to fix it by reimagining the space.

Not that I was starting from scratch. It was a matter of re-organizing the building blocks already in play. 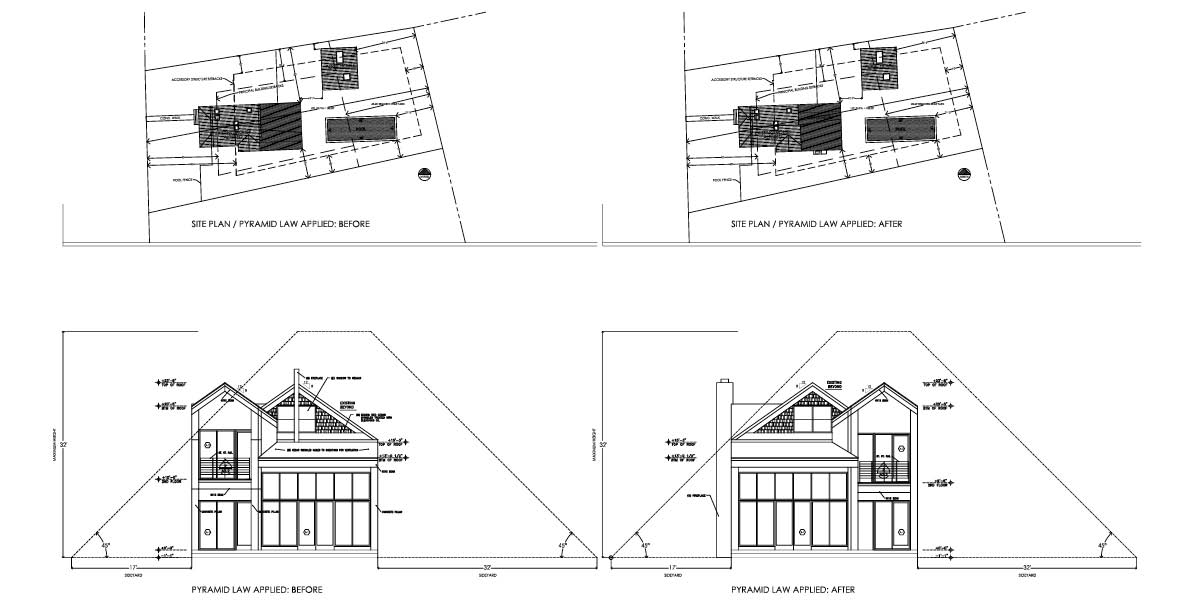 And of course, the solution was quite simple. The original design of the addition called for a 15-feet-high double-volume living room on the northern side, 32′ away from the property line. The taller structure, our new dining room, with a master bedroom above (23-feet-high), on the other hand, was located on the south side with a mere 17′ allowable setback. This meant that it could only be 17-feet-high at that point. 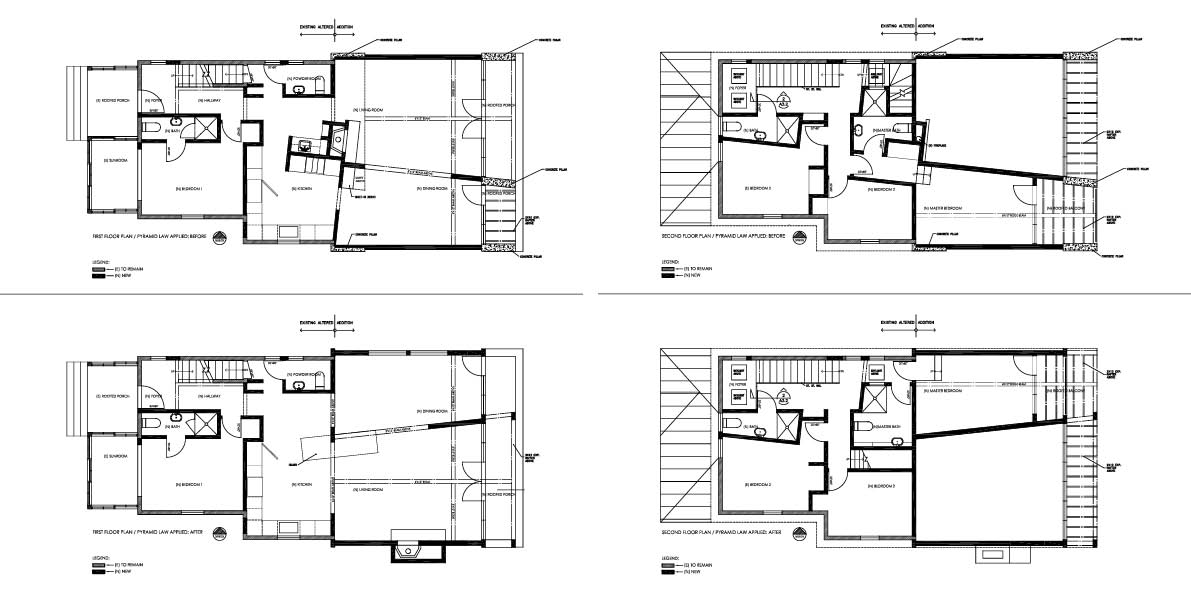 I realized that the best thing to do was to flip them. Next, I had to reconcile the plan. That meant getting rid of the awkward “fireplace knuckle” I came up with in order to link various functions. I replaced it with an island. Connecting the kitchen and the dining room, it will offer seating. Whether or not there will be cooking going, the island serves as a bridge — a spot to engage in a conversation.

It took some work, but the layout of the upstairs also benefited. No more redundant hallways. I feel that the new and improved master bedroom suite is more spacious. I am so glad that the Pyramid Height Law interfered and pushed me to create a better design. Flexibility is a virtue!