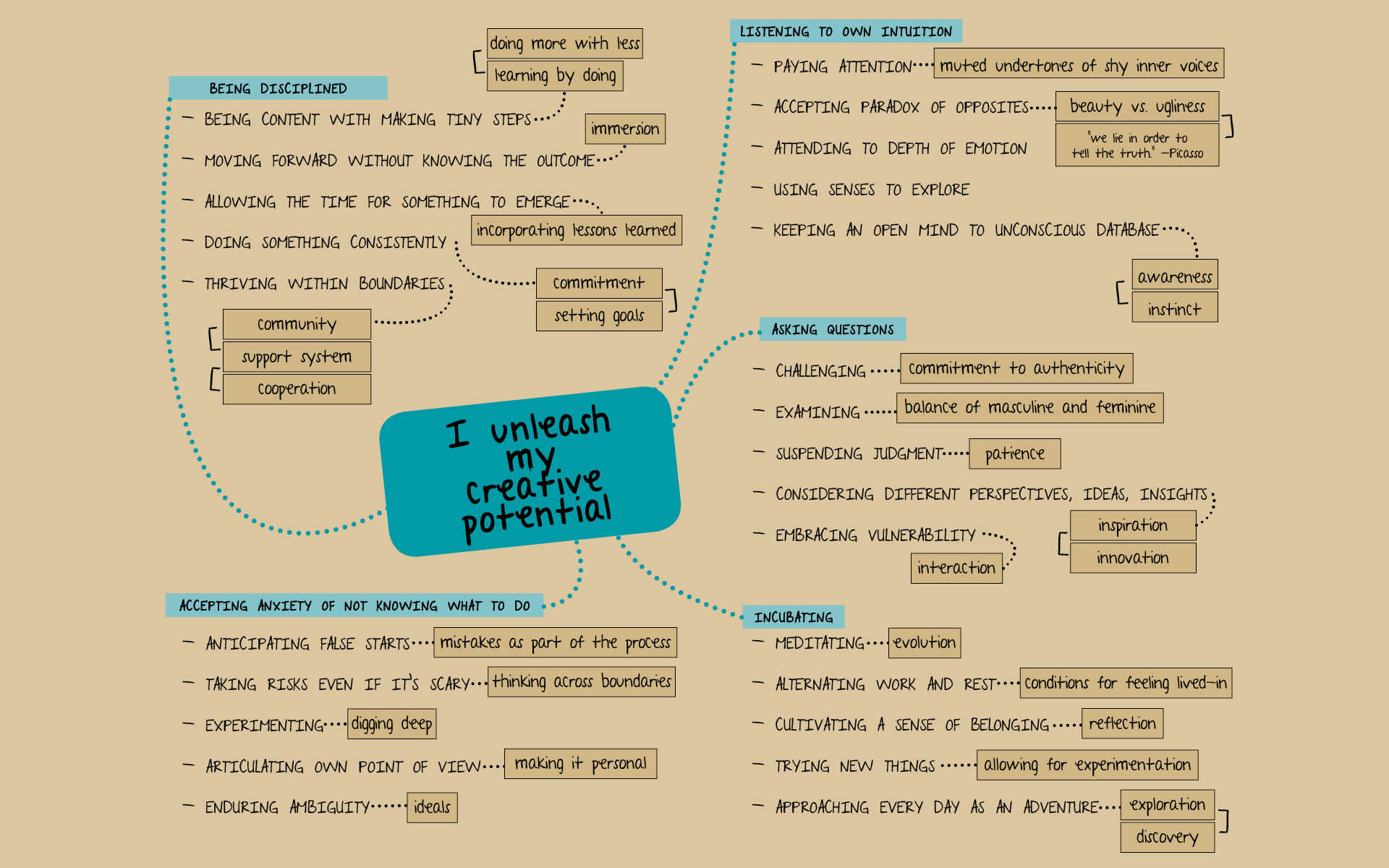 To Think Like an Architect Is to Allow Things Stay Unresolved

Thinking of a goal I’m setting for myself as an architectural construct lets me visualize accomplishing it intently through a manageable process — brick by brick. It enables me to impose order, to master its structure and shape, to define its every conceivable facet by asking expansive, dimensional, textured questions.

As I write this, a pesky skeptical voice inside starts mocking me: “How can you make such claims? Who are you, pretending to be wise and reliable?” But I never claimed to have all the answers. On the other hand, I have written a simple step-by-step how-to book, DIY Like An Architect: 11-Step Method. It’s available for a free download. So, there is no need to get defensive — just redirect attention.

Meanwhile, I conjure up an image captured by my own camera 20 years ago. It’s the exact precious moment my daughter is about to take her very first step. She is standing barefoot in the shadow of a tree with her five tiny toes inching out onto a sunny spot. With eyes on the ground, her face bares the expression of delight and sheer determination.

Big things are made up of little pieces; problems can be solved incrementally.

Clearly, learning to walk is strenuous. Yet so natural. That’s right. No need to feel overwhelmed. Step-by-step. I can dream and keep on walking — gaining control gradually, treating it as an adventure. No matter what, I can’t give up. Thankfully, the pesky voice inside is at bay.

Vincent van Gogh said: “Great things are done by a series of small things brought together.” I can emulate my daughter courageously embracing the unknown by going forward with renewed confidence and precision — I can begin before knowing all the answers. If I keep an open mind and look at a problem from more than one perspective, solution will emerge. The insight will come.

In my mind’s eye I visit Michelangelo’s Piazza del Campidoglio. It is a concrete example of how every move and decision can be targeted toward accomplishing a desired objective. It’s an inspiration! 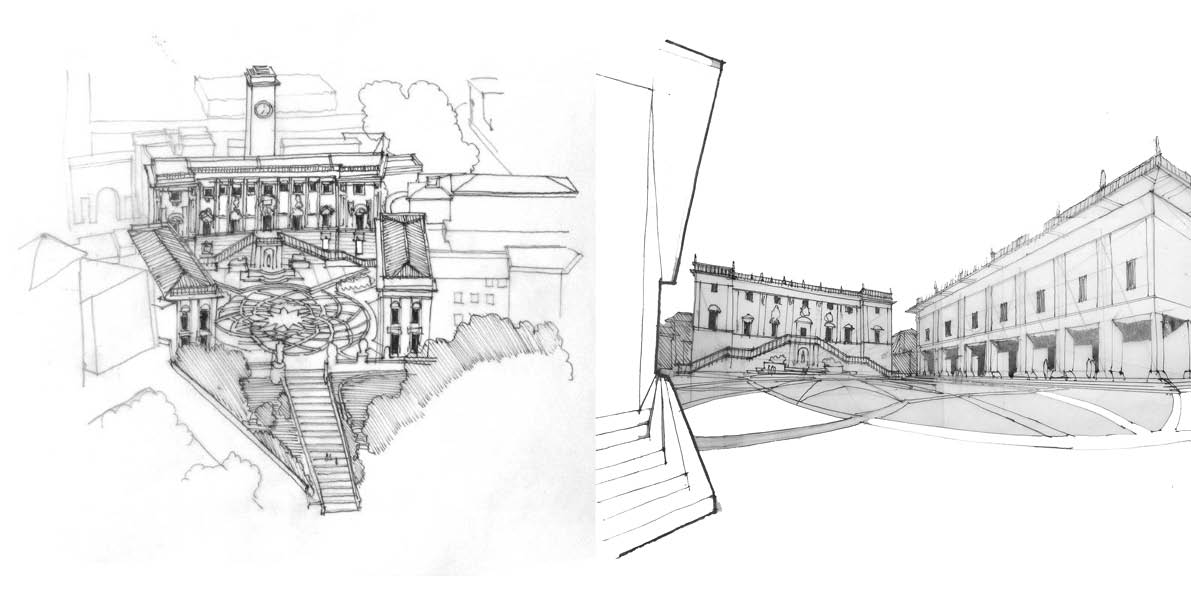 Michelangelo sets out to reorganize a sacred site of antiquity, the heart of the Roman Empire that symbolized the center of the world. His goal is to revive its importance forgotten by the 16th century. He aspires to shape it into a monumental piazza and the symbol of the new Rome. How does he achieve it?

1. He overrides habitual. He reverses the orientation of Rome’s ancient civic center to face away from its original focal point, Roman Forum, and instead in the direction of Papal Rome and the Catholic Church in the form of St. Peter’s Basilica. It’s a bold move. He solves both urban and propaganda programs at once.

2. Relates unrelated. The two existing dilapidated palaces that he inherits are not set at an expected ninety-degree angle to one another. He turns a disadvantage into an opportunity. He retains both structures and finds a way to relate them to each other by introducing the third one.

3. Turns to metaphors in nature. As a master of the human figure and anatomy, he believes that “all the parts of one kind must be adorned in a similar manner.” He finds clues in the axial symmetry of the human body as he unifies all three facades to form a harmonious whole.

4. Balances logic and imagination. He designs a space of convergence that expands and contracts simultaneously — a fusion of departure and return. By adding a new building, he creates a u-shape composition. He balances it on its axis. The two palazzi facing the piazza have identical facades and their porticoes belong to the outdoor room they frame.

5. Makes unprecedented connections. He aspires to give the world an urban enclosure where every part of the universe is concentrated in a single point. His pavement design, an interlaced twelve-pointed star, refers to the constellations revolving around this exact location called the “umbilicus.”

Thus, the irregularity becomes a catalyst that leads Michelangelo to a trapezoidal plan defined by solids on three sides and a void, an opening toward St. Peter’s spilling into the city. Unified by horizontal accents, the three facades act as architectural skin — a spatial boundary of the magnificent urban room carved out of air. Able to think like an architect, Michelangelo turns open space into sculpture.

It’s reassuring. If I think like an architect, If I think like an architect, I can tolerate ambiguity while working toward an important goal of my own. Moreover, adopting a certain mindset gives me the tools to accomplish something meaningful. It lets me balance logic with imagination as I break from conventions, ask probing provoking questions, override habitual, and relate unrelated.